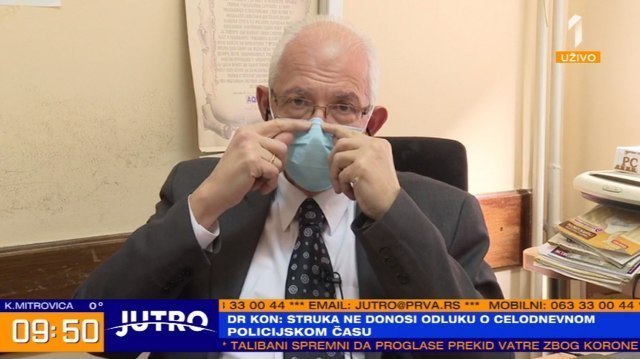 "That unexpectedness hadn't occurred only in our country. Wherever the measures were relaxed, it suddenly appeared," Kon told N1.

He added that "sports matches" were played in Serbia, which, as he said, haven't left such a serious consequences as could be expected.

Kon added that he cannot talk about the situation in Belgrade yet.

"I think we are now reaching the maximum of the second peak. It is very important that these measures are established, even if sanctions are going to be applied if they are not respected," Kon said.

He states that the initial curfew was replaced by new restrictions involving wearing masks.

"Today, there is clear research that shows that an individual's mask protects only 30 percent, but if everyone wears it - more than 90 percent," says Kon.

Kon believes that the current scenario is not worst case scenario that could have happened and that the fact that the second peak happened during the summer is a mitigating circumstance because it "does not collide with the seasonal flu".