BELGRADE -- Srdjan Djokovic, Novak's father, announced himself after the cancellation of the Adria Tour

BELGRADE -- Srdjan Djokovic, Novak's father, announced himself after the cancellation of the Adria Tour 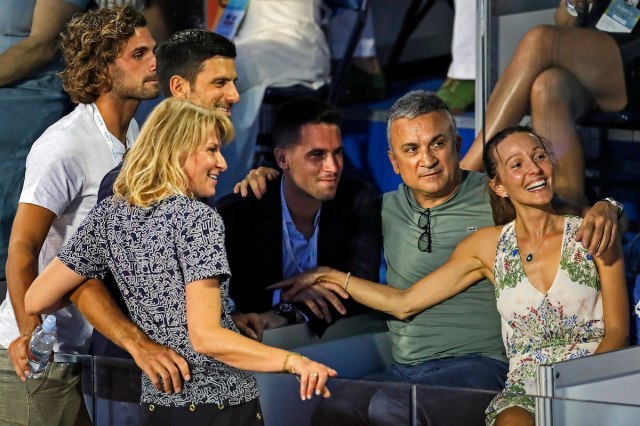 The regional competition ended just before the finals in Zadar, when it was announced that Bulgarian Grigor Dimitrov was positive for coronavirus.

"Why did it happen? Because the man probably came sick, who knows where. He didn't get tested there, he was tested somewhere else... I don't think that's right. Well, what can we do now... He inflicted great damage to Croatia and to us as a family and to Serbia", Srdjan Djokovic told RTL.

Srdjan says that they have to come out of this stronger.

"Nobody is well, not even him... Nobody is well because of this situation, Of course he doesn't feel well, but what will you do, the situation is as it is. We have to come out of this stronger, to understand that this has to pass, to protect ourselves in some way", he said.

He added that he hopes that the best tennis players will come to Zadar again in the future.

"We will do everything to make up for all this in the future, when things get normal, and when we do not face with such fears. We will come to Zadar with pleasure," Novak's father concluded.