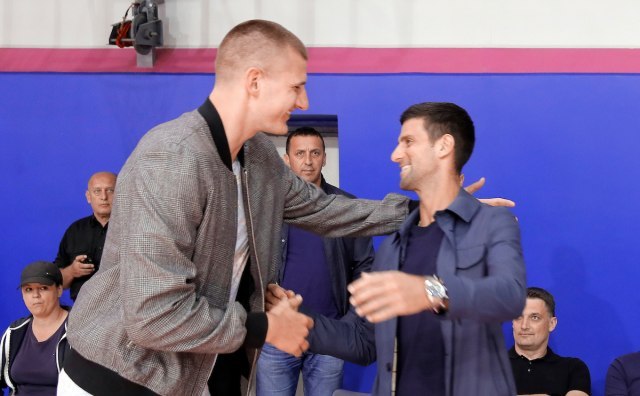 This was published by well-informed American journalists Adrian Wojnarowski and Brian Windhorst.

It is stated that Jokic was infected during his stay in Serbia and that his return to the USA was postponed because of that:

The center of Denver was supposed to join the team soon, but he will be able to do that only in a week at the earliest, when his trip is expected to be approved.

"He has shown no symptoms since he was tested positive last week," Wojnarowski stated.

NBA players who were not in the USA were given a deadline from the league to return by June 15, but Jokic's request to stay in Sombor was granted. The Denver Nuggets declined to comment, the Denver Post reported, citing "medical privacy."

Jokic recently stayed in Belgrade, where he was part of the farewell tournament of Dejan Milojevic, his former coach, from Mega Bemax.

Novak Djokovic, who announced that he tested positive for coronavirus on Tuesday, was also present at the same tournament, as well as Nikola Jankovic, who shared the sane news earlier.

Just to recall, Denver coach Mike Malone recently announced that at one point he was positive for COVID-19.