BELGRADE -- A new easing of measures introduced during the coronavirus epidemic will take effect in Serbia on Monday, June 1.

BELGRADE -- A new easing of measures introduced during the coronavirus epidemic will take effect in Serbia on Monday, June 1. 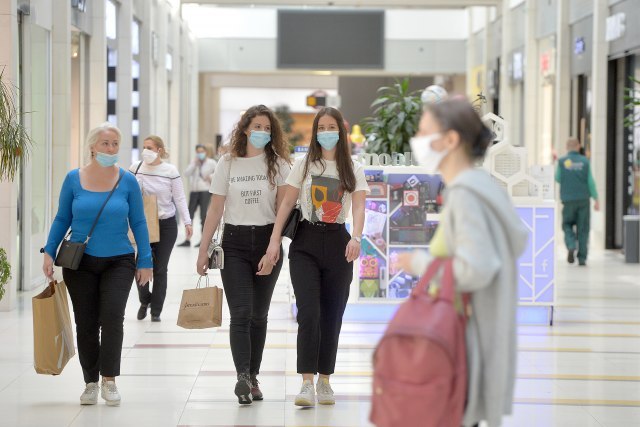 As the number of new cases on a daily basis began to decline, the crisis headquarters decided after the meeting to increase the number of people who could gather in the open.

As of Monday, up to 1.000 people will be allowed to gather in the open.

This decision also includes the audience at sporting events. However, the audience should respect the measure of keeping a distance of one meter.

When it comes to indoor space, the measure that the maximum gathering is up to 100 people is still in force.

Epidemiologist Darija Kisic Tepavcevic said at the session of the Crisis Staff that it was unanimously decided to relax the measures in accordance with the current epidemiological situation.

Also, from June 1, it will be possible to realize a student excursions. This was announced on Thursday by the Minister of Education, Mladen Sarcevic.

As the Minister said, the excursions will be realized exclusively in Serbia, and the high school graduates, if they had planned trips abroad, will have to replace them with destinations in Serbia.

According to a certain calendar, distance learning took place until May 29, and in the following period, students will go to school to attend specially organized classes, depending on whether students come to the preparations for the final exam or to improve their grades.

As previously announced from the Ministry of Education, the dates for taking the final exam have been set.

Also, the Ministry has prescribed that it is possible to organize a prom night for primary school students, and the same can be organized in a school or in institutions of culture and sports, in agreement with local self-government units.

From June 1, citizens will be able to take a personal test and find out if they have antibodies to the coronavirus, and the price of that test will be 1.200 dinars.