PRISTINA -- The President of the National Council of Albanians, Ragmi Mustafa, expects an agreement between Belgrade and Pristina on the status of Kosovo very soon

PRISTINA -- The President of the National Council of Albanians, Ragmi Mustafa, expects an agreement between Belgrade and Pristina on the status of Kosovo very soon 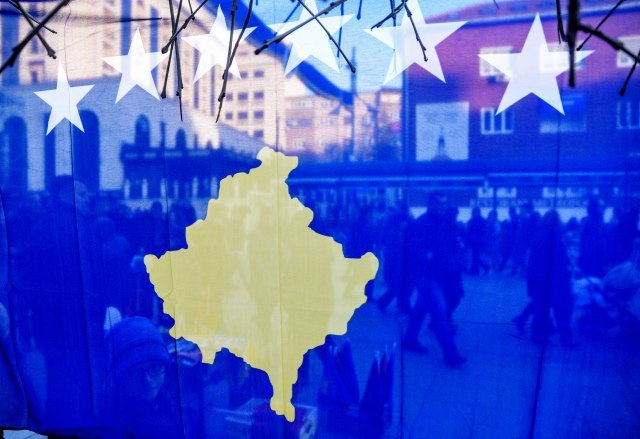 In a conversation with daily "Danas", he points out that Albanians from the Presevo Valley want to be an active participant in the talks on the status of Kosovo.

"I think that in the last few years, Tirana has been very proactive in terms of offering useful assistance to the Albanians in the south. Several ministers in the local government have taken concrete steps, first of all the Minister of Education Besa Shahini, who also had a meeting with her Serbian colleague regarding the problems of education in the Presevo Valley," Ragmi Mustafa told "Danas".

Mustafa also states that the Albanian head of diplomacy, Gent Cakaj, was a "key factor" in dynamizing relations and reaching an agreement on the joint appearance of Albanian political parties in the upcoming elections in Serbia.

According to what "Danas" interlocutor states, the dialogue between Belgrade and Pristina is in the last phase of negotiations and will be binding for both sides. The political situation in Kosovo, as in Serbia, is a determining challenge for both sides, he believes.

"A new dialogue is necessary between equals in order to achieve lasting peace. This means that any possible topic that can be the subject of negotiations, from the external border, constitutional order, internal administrative-territorial regulation, natural resources and economic property, minority rights, war crimes, to determining the fate of the missing, presents a task for both countries in dialogue", Mustafa concluded.

Albanians from three municipalities in the Presevo Valley have asked to be part of this dialogue. First of all, in accordance with the decision of the "Assembly of Albanian councilors of Presevo, Bujanovac and Medvedja" as the currently largest politically informal body.

Mustafa reminds of the position of this body of Albanians, which was adopted in July 2018, according to which Albanians asked not only to be the subject of this dialogue, but also an active participant, in order to ensure lasting peace in this part of the Balkans as well.

He also states that the biggest problem is still the process of integration of Albanians into public and institutional life, and assesses it as a "step backwards", warning that it is difficult for Albanians from the south to get a job as toll collectors, let alone get jobs elsewhere, which is being decided by some other levels of government.