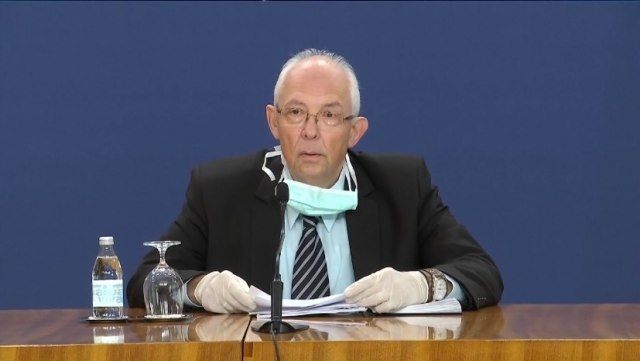 But, he added, the medical check-up will be obligatory.

Kon told N1 television that a third of Belgrade's parents said they wanted to send their children to kindergartens and that it was difficult to provide child protective equipment.

Immunologist Srdja Jankovic estimated that the risk of children spending time with their grandparents is higher than going to kindergarten instead.

Speaking about vaccination, Jankovic said it was not desirable or necessary to delay vaccination.

"Prerequisites must be provided at the level of the health center. There should be no risk of healthy children being compromised in terms of infection. This is achieved by separating them from the sick child section, as in normal conditions," he said.

Epidemiologist Branislav Tiodorovic confirmed Tuesday that the kindergartens will be open from May 11, with, he said, good preparation, as well as daycare in schools for children up to 12 years old.

He stated that there were plans that one-third of the kindergartens should start working.

The proposal by the President of Serbia to ban the movement of the upcoming weekend from Thursday at 6 pm to Saturday at 5 am differs from the strong opinion of the epidemiologists that this weekend's ban on contacts or movement will be needed, the crisis staff member, epidemiologist Predrag Kon said, as well immunologist Srdja Jankovic.

"It was (suggested) in a conversation, with the elderly being able to walk freely during that ban. It's a compromise. We'll see what the reaction will be at Crisis Staff, this is the opposite and different from our firm stance," Kon said.

Serbian President Aleksandar Vucic said that tomorrow he would propose to the medical staff of the Crisis Staff that the ban on movement during the May Day holidays lasts from Thursday, April 30 at 6 pm to Saturday, May 2 at 5 am.

"We will surely debate on this. We must in some way restrict contacts, it is necessary for all to see that - whether forbidden or not, socializing that can happen on both Saturday and Sunday, undermines the success of the epidemic. It doesn't have to happen, and I am convinced that it will not, as long as we do not have contacts", Jankovic said.

He added that it is only the second day in a row in Serbia that we have registered below five percent positive cases to COVID-19 compared to those tested.
Jankovic agreed with Kon.

"It's a price we would all pay, we give up holiday pleasure, but it's a price worth paying. This will cement the solid success of saving lives. The price can be to spoil everything we've done so far. May 1st is a time when people hang out, but it is also a holiday of solidarity. That same solidarity should lead us to sacrifice this holiday", he said, as N1 reports.