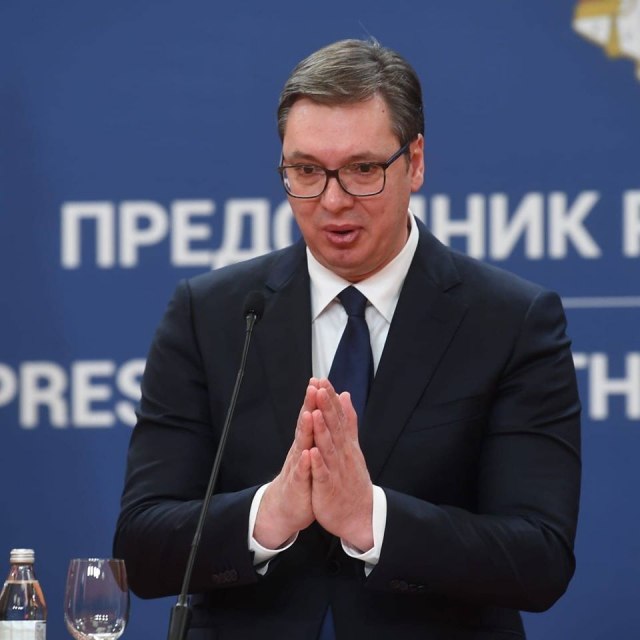 "Serbia is at war as of today with the invisible adversary", President says.

As the President states, we must do everything we can to help people, especially the elderly.

He cited this as the primary reason for introducing a state of emergency throughout Serbia.

The decision was not made easily, he said.

"We have done many things and I want to thank the medical team in particular," he states.

"We will have to fight by performing discipline and strict measures, that discipline means that people over 65 have to be in their homes," the president said, adding that it is the most disciplined part of our society.

"Our children will not be hurt, our parents will be hurt, so I ask them not to leave their homes."

The President stated that elderly people should also be assisted.

"No one has faced this before, so please, give us time to get organized. Many major countries have come down, they have come down terribly. Please stay in your homes. Especially in the cities. You are the main target of this attack. I urge younger population not to go to the eldest and send the children to visit their grandparents, please leave your grandparents alone for a month. To be alone, to survive this. This is the only way to survive", Vucic said.

The president stated that local governments would restrict the opening hours of the restaurants and cafes.

"We will restrict life in order to save life", he stated.

As of Monday, all pre-school institutions, schools and the faculties will be closed until the end of the school year.

Also, there wouldn’t be any practices and gyms would be closed as well. The army will be on guard outside the hospitals.

He warned the Serbs living abroad not to come for the Easter holiday, saying they would have to be in isolation if they decide to come to Serbia.

Those coming from the most hit countries would have to be for 28 days in isolation. Depending on their health situation, it could be either quarantine or home isolation.

The President said that two people were on respirators with worsening health situation.

"This is a tough fight for us. I've listed the main measures, there will be more," he says.

The President states that a violation of these measures will be followed by a three-year prison sentence.

"We will not show European solidarity, but we want to show Serbian solidarity. We will preserve some of the respirators for the people of Republika Srpska," he said.

"Surrender was never an option," he said at the end of his address.