BELGRADE -- President of Serbia stated that there is a lot of unexplained fear, panic and lies about coronavirus, although it has weaker symptoms than an ordinary flu.

BELGRADE -- President of Serbia stated that there is a lot of unexplained fear, panic and lies about coronavirus, although it has weaker symptoms than an ordinary flu. 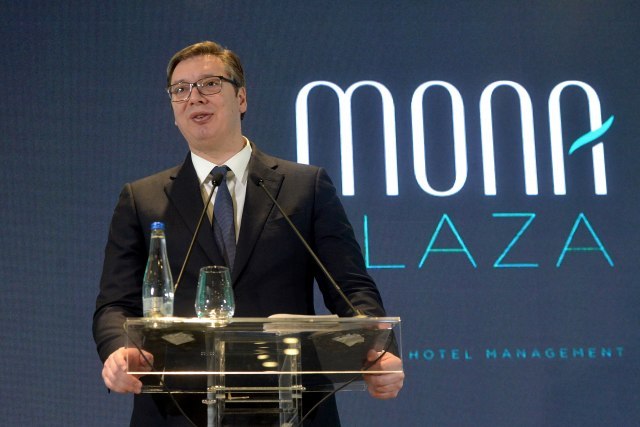 "When we were struck by variola vera, there was not as much fear, panic and lies as there is today for something that has weaker symptoms than the ordinary flu. If there were no tests, one would not even know what these people died of, since it was thought to be from flu or sneezing when it comes to the people with impaired immunity and damaged health", he said.

He says he has never seen so much fear in people who are more afraid of the coronavirus than of the plague or variola vera.

He referred previously to the reactions of some journalists when he started coughing while speaking, saying that "the coronavirus did not arrive to Serbia," as they put it.

"Don't say that, even as a joke. Coronavirus has not reached Serbia, this is a consequence of my taking pressure relief medications that make me cough", he said.

Vucic said that such things could destroy the economic system, adding that, for example, we lost 0.4 percent of GDP growth due to Kosovo imposed tariffs.