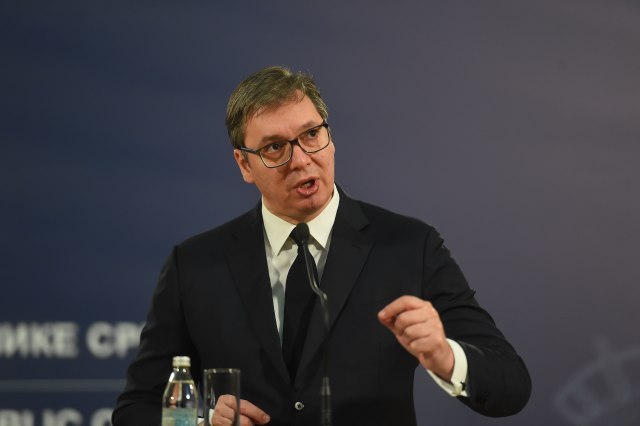 He said that these are regarded as "painful messages", such as the assessment of Montenegrin President Milo Djukanovic that the protests were "insane" and, for example, that there would be "some Orthodox church" set up in Montenegro.

"These are rather tough messages for us", Vucic told reporters when asked about Djukanovic's statement, pointing out that the issue in Montenegro cannot be viewed only as a religious one, since our church is also part of our national identity.

However, he does not intend to interfere with the church, especially the spiritual question, because he is not a great believer, although he is a member of the Serbian church in which he was baptized, and does not go to liturgies on a daily basis.

Nevertheless, President said that the Serbian church is of great significance to the Serbian people:

"In addition to spiritual life, the Serbian church has been the guardian of our national being. You can see from various sources and many state bodies that they say it is not a Serbian one, but will call it 'some Orthodox church' instead," Vucic noted.

Tomorrow, he points out, they will do so in Kosovo and in Croatia, as before the Second World War, when they had the stupid idea that it would be the Croatian Orthodox Church, so they changed it, he explained.

Vucic pointed out that, for example, the Serb people in Kistanje, Dobropoljci, keep surviving only because of the existence of the Krk monastery.