BELGRADE -- The search for 12-year-old Monika Karimanovic has been going on for eight days, continuing on Saturday

BELGRADE -- The search for 12-year-old Monika Karimanovic has been going on for eight days, continuing on Saturday 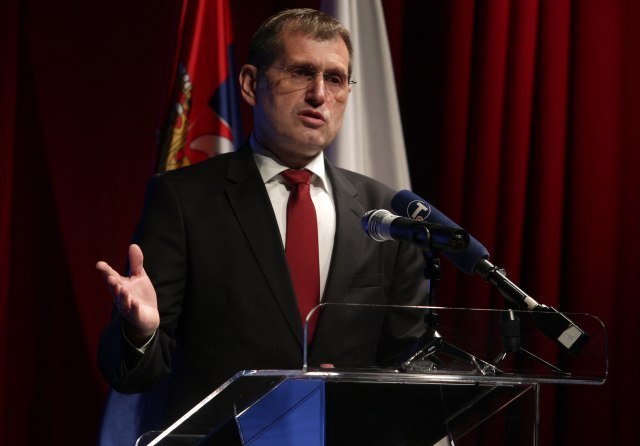 In addition to more than 600 people, drones, helicopters, thermal cameras were involved in the action, Police Director Vladimir Rebic said this morning.

Police does not yet know where 12-year-old Monika and Ninoslav Jovanovic, who is believed to have abducted the girl, are located, Rebic said, adding that police were on the ground for 24 hours.

"When the mother reported her daughter missing, we went out into the field, made an announcement, all patrols were informed and had a picture of her. At the first moment, we had no idea who can harm her, interviews were made with Monika's classmates, teachers. The cameras in the area were inspected. We caught a glimpse of her at one location and lost her, as there were no cameras covering the terrain", Rebic told RTS.

Further investigations confirmed that the main police suspect could be Jovanovic.

"At some point, we found out that a vehicle was stolen in the area of Malca and was seen in Suvo Do, so we connected those two findings. The vehicle was found, forensic treatments were carried out in the vehicle and on Monday, we already knew that they were in the vehicle and by then, an investigation directed at Jovanovic", Police Director noted.

By Friday, two witnesses said they saw 12-year-old Monika and Jovanovic at some locations and their DNA traces were found on two locations.

"Two pillows, two blankets were found at those locations ... Obviously, he was not alone", Rebic said, noting that so far police have searched about 50 villages and hamlets where Jovanovic could be hiding with the girl.

Bad weather conditions are expected in the coming days, but the Police Director says that this will not disturb the police, adding that he hopes that Jovanovic will be disturbed with it.

"We have thermal imaging cameras and cameras with heat-sensors. No detail is left to chance", Rebic said.

Posts on social networks are also being checked, he adds.

"Someone wrote that he was seen in Pozarevac, the police immediately checked it. We had a case that someone from Germany was trying to access his profile.

Police also did not rule out the possibility of someone helping Jovanovic.

"He is asocial, but we had found some people he has been in contact with", the Police Director adds.

Rebic said police establishes its optimism on the fact that Jovanovic had not killed his victims in previous cases of assault.

"Colleagues from Nis police department had worked on his profile, psychologists were hired, his behavior was scanned, we are covering locations that he was obsessed with, but I cannot share those findings with you because of the ongoing investigation", Police Director said.