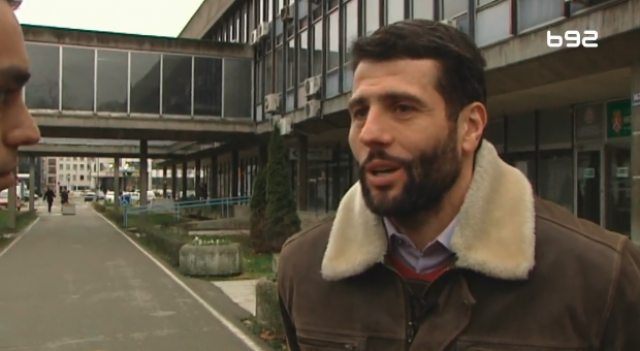 According to him, in the world of sports, no one has ever won any trophy by sitting at home.

"And why I would support a boycott? Give me a single argument as to why I should be in favour of a boycott and how it will help me and my people get better the day after. So far, I haven't found one", Sapic told the NIN weekly.

Asked about election conditions, he said he thought they hadn't been fair for more than 25 years.

"In the world I come from, no one has ever won by sitting at home and waiting for their opponent to win", said Sapic, a former water polo player.

As he said, "who thinks that something in this country will change by not participating but waiting for someone else to step aside, he must know that it will not happen."

"I did not choose any politician. These are not my childhood friends, nor are they people I hang out with, they are people chosen by people in a variety of diverse circumstances", Sapic concluded.