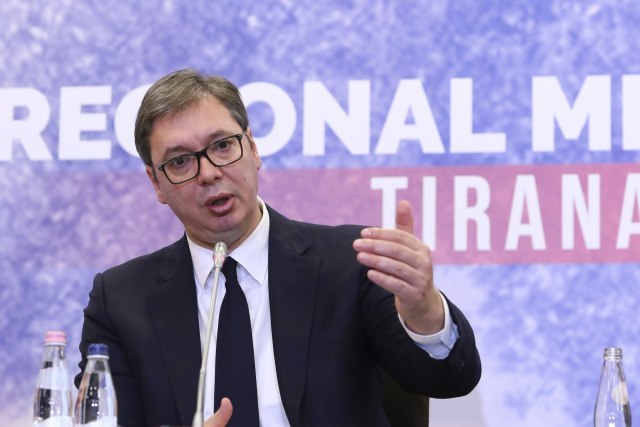 But, as he says, this is happening in the country where Djukanovic is president, which is why he has no right to interfere.

"We have no right to interfere, certainly not in a direct way. I have expressed my concern to Djukanovic, he views things differently. Our view of passing that law is different, but it is happening in the country where he is president. I have to respect the rights of another state, and it is my duty to show concern for the survival of the Serbian people and the church", Vucic said in Vrdnik.

"I will send no answer to Amfilohije, despite the fact that I would have something to say about Kosovo and who he supported. We had a pogrom in 2004 and the declaration of independence of Kosovo in 2008, and we did nothing. And now we have 17 cases of derecognising Kosovo's independence. Well, if that policy was better before - I thank him for that. If it is a better policy that has taken Montenegro away from the common state, I have nothing against it", Vucic said.

He added that he will not respond to Amfilohije with insults, because it does not suit the president, and he did not want to divide the people in Montenegro further. ﻿