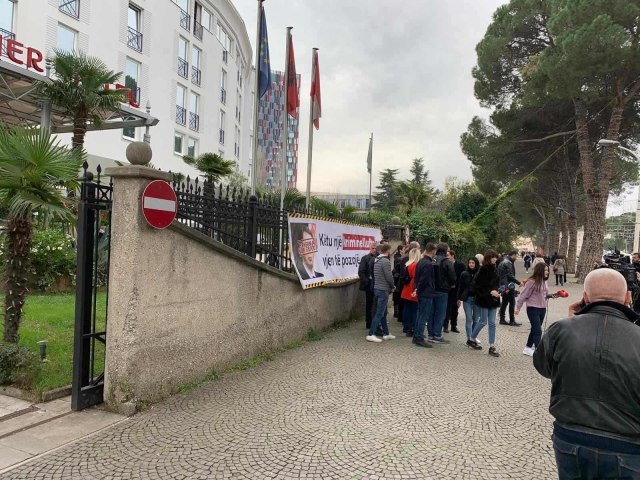 Serbian President will visit Tirana on Friday and Saturday, where he will take part in the "Mini Schengen" Summit.

In front of the hotel where the President of Serbia is supposed to be staying, a banner was put up, with the inscription "Here comes a war criminal, disguised as a benefactor".

According to the announcement of Albanian Prime Minister Edi Rama, EU Foreign Minister Joseph Borrell should also attend the meeting.

The host of the new meeting, the Albanian Prime Minister, had earlier announced that the third summit of the region's leaders would be held in Durres, but due to an earthquake that recently hit Albania, and in particular Durres, the meeting would still be held in Tirana. He also said that tomorrow's summit is a continuation of the initiative to establish a so-called "Mini Schengen Summit".

"This initiative is open and inclusive and is nothing new, it is just a new joint commitment and aim to implement what has been repeatedly agreed and then set aside", Rama stressed.

He said the initiative stipulates that the countries involved want to take their future into their own hands and cooperate.

At a previous meeting held a month ago in Ohrid, an agreement was reached to launch the implementation of the initiative, with the aim of improving the investment environment in the countries involved in the initiative.