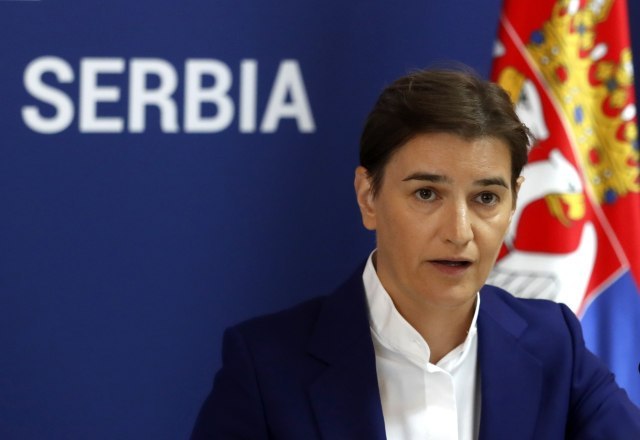 She assessed that such a revision of history, which does not recognize countries and nations that have lost millions fighting against anti-fascism and have been anti-fascists throughout history, cannot contribute to anything good in future.

She also assessed that relations in the world are complex, and that in this situation Serbia must act in a smart and thoughtful way.

She also announced that she will have a series of meetings with world officials in September, including a formal visit to Germany and talks with Chancellor Angela Merkel. "We have a very dense agenda for September. It is a joint diplomatic offensive with Serbian President Aleksandar Vucic," Brnabic said.

She will then attend a meeting of the Visegrad Group in Prague on September 12, and then, as she points out, travel to Germany.

Stating that the President of Serbia will also hold bilateral meetings and will be one of the speakers at the UN General Assembly in September, Brnabic said that all these events would be a good opportunity to represent Serbia's interests and to present all that the country had achieved in the previous period.

"We have a hard autumn and a hard winter ahead of us, and we are preparing for it now, working hard to be able to come back with something specific for our citizens as a result of every visit, meeting and conversation we've conducted," Brnabic concluded.