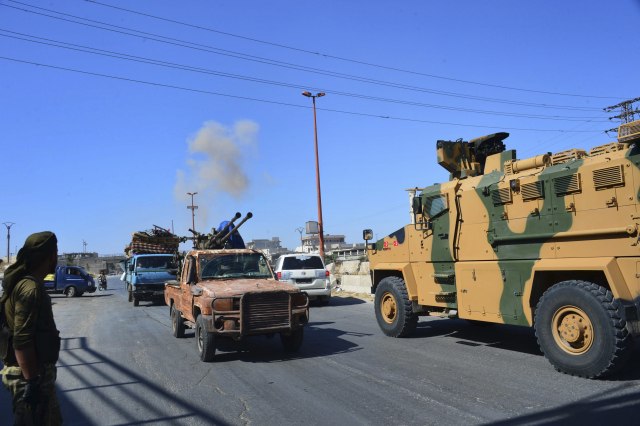 It is still unknown whether the convoy was targeted by Syrian or Russian planes, but the latest situation marks the escalation of tension in Idlib, where the Syrian forces are leading the offensive on the last insurgent’s stronghold.

As TV NTV said, a large column of armored vehicles moved between Turkish checkpoints seven and nine in Idlib. Transfer of weapons was necessary because the 9th checkpoint was in the centre of Syrian offensive.

The column stopped to avoid the losses. Turkish command sent drones on the spot.

Syria’s national television, referencing to the Ministry of Foreign Affairs, said that the Turkish armored vehicles are going towards Khan Sheikhun, where the Syrian army is fighting against the terrorists from Al-Nusra Front.

The Syrian Observatory for Human Rights said that it was believed that the airstrike on the highway where the Turkish army has been going, has been performed by Russia, forcing the convoy of 25 Turkish vehicles to stop.

Turkey has 12 observing posts in and out of the province od Idlib, says AP.