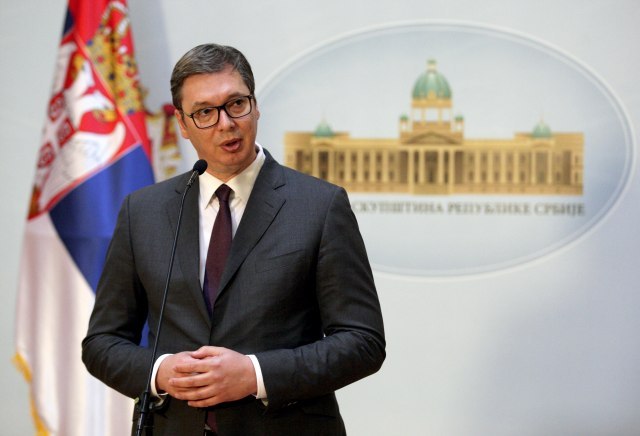 He said that the incursion on Tuesday of Kosovo police special forces in northern Kosovo and the arrest of Serbs is forcing Serb police officers to act like "worse Albanians than Albanians," which, he continued, "they will not be" - and pointed out that their ultimate goal is to arrest the police commander for the North.

"Everything they do is to abuse something and trying to make a culprit out of Serbia. But all this must come to an end, and all their stories," Vucic told reporters after visiting the military boarding school in Belgrade.

He pointed out that yesterday's was "the 100th thing they did" and reminded of Marko Djuric's arrest last March and several raids in the North, supposedly for arresting of the killers of Oliver Ivanovic.

"Then, in Brussels, I heard from Albanian leaders that this had bee done in order to for some people to take it out on the North of Kosovo. They don't hide it, and that's no secret," Vucic said.

He urged the Serb people in Kosovo and Metohia to unity and to unite more strongly than ever before and to send such a message today.

"All I have to say is that Serbia will preserve its people, protect it and will not sit idly," Vucic said.