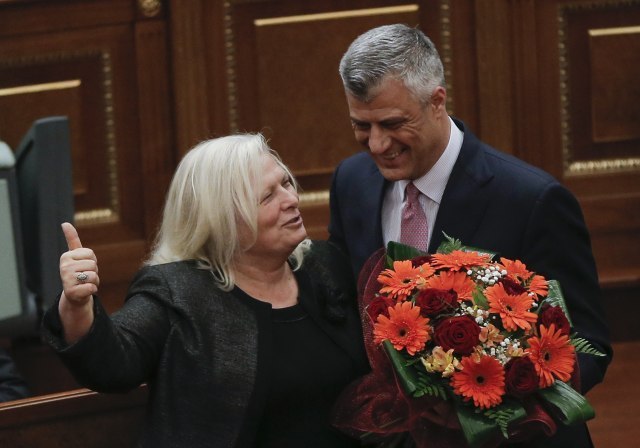 The Kossev website writes that Insajderi - who published the photo shown by Brovina - also published an article under the headline, "The photo that a member of the Democratic Party of Kosovo showed today is from a pornographic site in Iraq."

According to the article, the website's journalist did a reverse image search using Google and discovered an identical photo, allegedly from Iraq. They also tried to contact Brovina - with no success. Insajderi published the same photo, but unlike Brovina, obscuring some parts of it - another difference is the text reading - "US Military Crimes" - that came with the original image.

Another Pristina-based Albanian language media outlet, Gazeta Express, also reported that the photograph Brovina showed yesterday was fake, i.e., that it had been taken from a pornographic website. The newspaper found the pornographic film from which the still was taken - saying that it naturally would not publish it, due to the nature of the content.

On Thursday, the Kosovo Assembly adopted a resolution on "genocide, crimes against humanity and war crimes of the former regime of the Serbian state, committed in Kosovo." However, the main news was the disturbing photo alleging to show an Albanian "being raped by Serb forces in the presence of her family."

Brovina soon faced harsh criticism, with the Kosovo Women's Network saying that she violated the dignity of the victim, N1 is reporting.