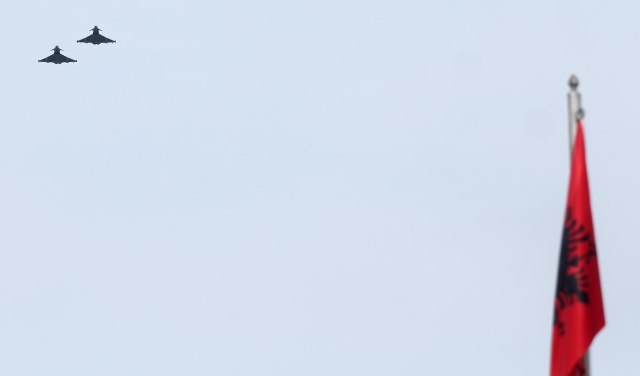 "But several years ago, the Albanian authorities launched an aggressive eradication effort in the countryside of the small, poor Balkan state, hoping that destroying the cannabis fields and arresting some of the growers would decrease the power of the traffickers, rid the country of its pariah status, and help ease its entry into the European Union," writes the daily.

However, "it only convinced the traffickers to graduate into a more lucrative and deadly game" - namely cocaine and heroin trafficking.

In a wide-ranging article entitled, "'Colombia of Europe': How tiny Albania became the continent’s drug trafficking headquarters," the Independent states that traffickers "now use the same networks they established to move vast amounts of bulky cannabis to distribute cocaine from Latin America and heroin from Central Asia via Italy to the rest of Europe."

"Albanian gangs are considered among the world’s top heroin, cocaine and cannabis traffickers. Both US and European law enforcement officials have described Albania as the largest provider of cannabis to the EU, as well as an i2mportant transit point for heroin and cocaine," the article continued. Based on the value of drug seizures, some estimate that the marijuana alone generates up to USD 4 billion a year, half of Albania’s GDP."

While the government denies it, "experts say the traffickers have thoroughly infected politics and commerce, at the deepest levels."

Scores of high-level Albanian officials - from mayors to ministers - have been implicated in the drug trade, and perhaps enable it, the article claims.

"To give one example of possible collusion between traffickers and officials, a network of Lockheed-Martin radar has sensors been installed all along the coast. In theory it should help officials detect any seacraft longer than 3.5m. But in practice, 15m boats loaded with narcotics keep showing up in Italy," the Independent writes.

How Albania became the 'Colombia of Europe' https://t.co/FWSrLpKJw7