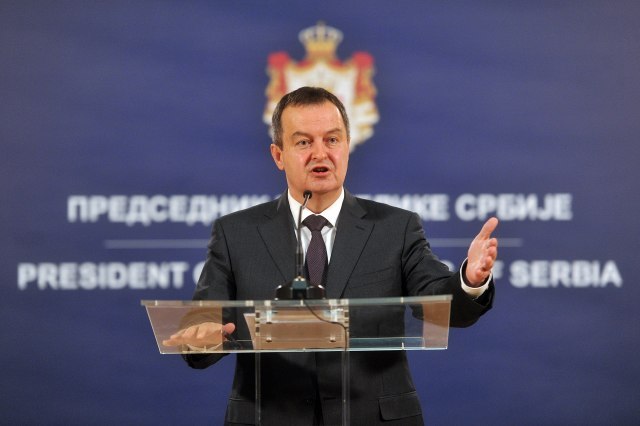 Instead, it was the Pristina press that published Solomon Island's note sent to the foreign ministry of so-called Kosovo, he said.

"They (Pristina) have nothing to deny. For a time they were saying I was crazy and lying, and now they have started publishing (withdrawals of recognition) themselves," remarked Dacic.

He added this was the 11th state that has revoked it previous decision to recognize Kosovo, and that Belgrade is just doing its job.

Dacic also said he expected the visit of EU Commissioner Johannes Hahn "to show whether the international community can influence Pristina, or not."

"I simply cannot believe that such powerful countries cannot influence Pristina, that looks to me like a fake story," Dacic told reporters, adding that it was "good that Hahn is going to Pristina."

Dacic added that he wishes the EU official "success" and that he "does not doubt Hahn's good intentions" - but that he is "not sure how it will end."

According to announcements, Hahn's main topic of talks in Belgrade and Pristina will be the decision of the Kosovo authorities to levy (100 percent) taxes on goods from central Serbia and Bosnia-Herzegovina (BiH).