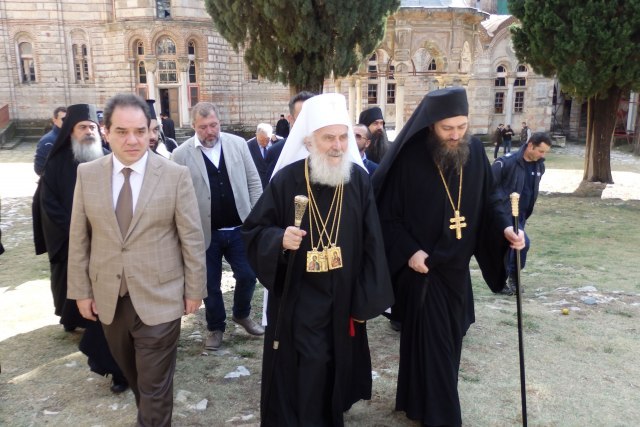 Irinej told reporters in Cetinje that he was glad is was Montenegro, from where, as he added, his mother also came.

Irinej also stated that his guest the patriarch brought blessings to Montenegro and the desire for "peace, love and unity" to rule among our people. "We are one nation, although we are separated, that does not mean that we are divided," said the patriarch of Serbia.

The patriarchs arrived at Cetinje in the morning, where a ceremonial was served in the Cetinje monastery, after which the metropolitan of the Montenegrin-Littoral Amfilohije welcomed the guests.

The two church delegations will, SPC's Cetinje monastery, will visit the Ostrog monastery, and then the Assembly Church of Christ's resurrection in Podgorica, where they will be greeted with a ceremony on Monday afternoon.

The SPC Montenegrin-Littoral Metropolinate announced that this is the first visit of Patriarch John X to Montenegro.

"During the time of King Nikola, a patriarch of Antioch came to Montenegro, as evidenced by an icon he had given to Metropolitan Mitrofan Ban at that time, which will be presented today on the occasion of the ceremonial welcome and service in Cetinje, at the monastery," the Metropolinate said.