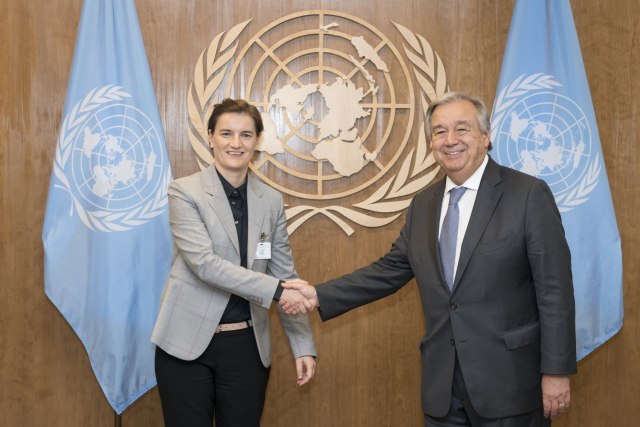 The UN chief also underlined that the UN will support a possible agreement reached by Belgrade and Pristina.

Brnabic said that Serbia is committed to the vision and mission of the UN, and that it was in her country's interest that the UN mission in Kosovo, UNMIK remains there in an unreduced number and without a change of mandate.

Guterres for his part "confirmed that UNMIK will remain in Kosovo."