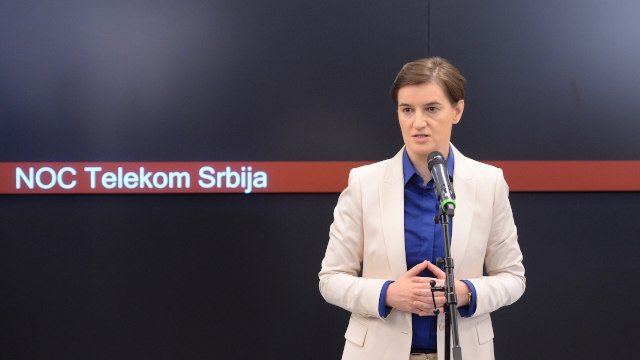 She announced that the Serbian government will propose to the Serbian parliament in October or November to abolish the law on the reduction of pensions.

The prime minister said she believes that Serbia will benefit from the EU reform announced by European leaders, including French President Emmanuel Macron, but stressed that Serbia should focus on reforms that it needs to implement for her own sake.

This is certainly a long and difficult process. Serbia will benefit from a stronger EU, it is also in our interest. Our country would certainly have a better position today if the EU was a little bit stronger, Brnabic explained.

Commenting on the allegations that London wants to prevent the holding of a regular session of the UN Security Council dedicated to the situation in Kosovo and Metohija, scheduled for August, Brnabic said that that is frivolous and politically insincere.

I consider it to be frivolous, especially from a country that, although it is leaving the EU, has insisted to remain involved in the solving of the problem and regional stability and to host a meeting within the framework of the Berlin Process, and now it turns out that it considers the situation in Kosovo and Metohija not to be relevant enough to be included on the agenda of a UN Security Council session, Brnabic said.

The issue of Kosovo and Metohija is important not only for a long-term normalization of relations between Belgrade and Pristina, but also for the overall regional stability and cooperation.