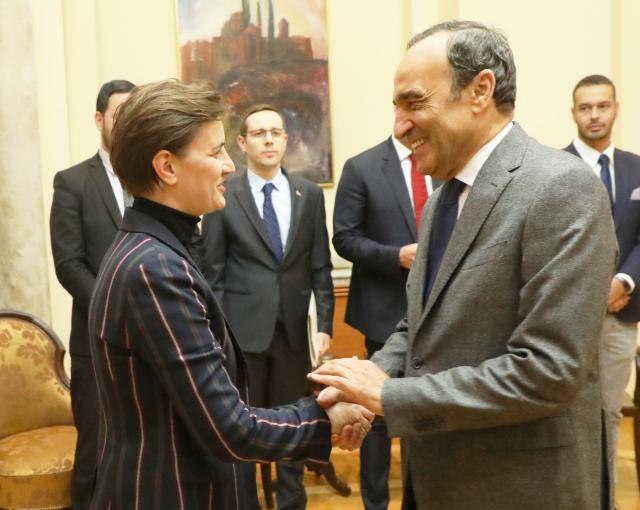 Brnabic and El Malki "emphasized that the two countries share the same views on the respect of international law and a consistent and principled stand on preserving the sovereignty and territorial integrity of both countries, with the support of dialogue and efforts to find a mutually acceptable solution that would lead to permanent stabilization and peace."

El Malki "stressed that Morocco supports Serbia as a very important country in the process of European integration, while Serbia's accession to the EU would contribute to the development of cooperation with Morocco, which has an improved status with the Union."

Brnabic pointed out that there are numerous possibilities and a mutual interest in the improvement of economic cooperation.

She expressed her gratitude for El Malki's offer to share Morocco’s experiences with Serbia when it comes to the introduction of solar energy technology.

El Malki praised the way in which Serbia addressed the migration crisis and stressed that our country is among the few in Europe that has shown a high level of solidarity and openness in understanding this sensitive situation.

He explained that the United Nations Forum on Migration will be held in Marrakesh in December this year, where the presence of the Serbian delegation is expected.

The Moroccan official was on Wednesday received by the Serbian president, and by President of the Serbian National Assembly Maja Gojkovic.