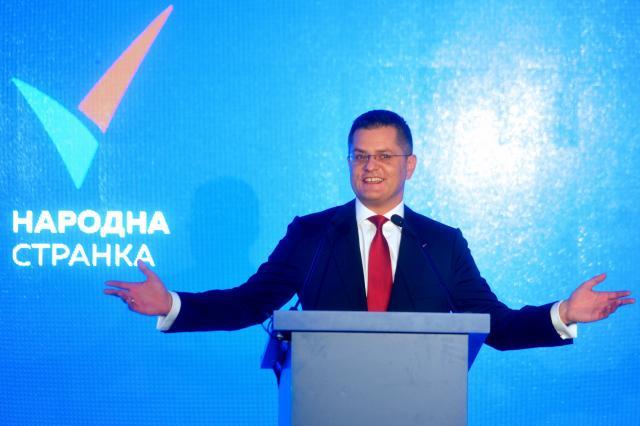 "In this comprehensive agreement, there is nothing but Kosovo's right to become a member of the UN, and if they get a seat in the UN, Albanians will never sit down again and discuss important topics, such as (Serb) property and Serb monasteries (in Kosovo)," Jeremic has been quoted as saying.

He in this way reacted to Serbian President and ruling SNS party leader Aleksandar Vucic telling the daily Vecernje Novosti earlier that there must be "a broad consensus and the majority will of the society for this agreement to be reached."

During the interview, Vucic also called out members of Serbia's former authorities - likely Jeremic himself, the country's foreign minister at the time - for "insisting on a stupid, irresponsible and frivolous question submitted to the International Court of Justice (ICJ), which made our position much more difficult."

In 2010, the ICJ ruled that the act of declaring independence in its own right was not contrary to international law - but the ruling never went into whether entities making such declarations had in fact become independent under international law - as the Serbian question was phrased to concern only "the legality of independence declarations" - specifically, the one made by Kosovo Albanians in February 2008.

In his statement to N1 this Wednesday, Jeremic assessed that Vucic had "personal interest" in seeing Kosovo get a UN seat.

"If we allow it, he will turn to Western partners and say: 'See if someone else had the strength and courage to solve this, and since you can see I am ready even to do such things, I will now solve Bosnia for you, too - but I need three or four years, and do not criticize me about these minor issues - violating human rights, violating media freedoms, as I have proven that I can solve the most difficult question, and now I will solve Bosnia'," Jeremic said.

Jeremic - who in the past also served as UN General Assembly president - told the broadcaster today that Vucic "wants to get another three or four years for him to throw his weight around Serbia - which must not be allowed."