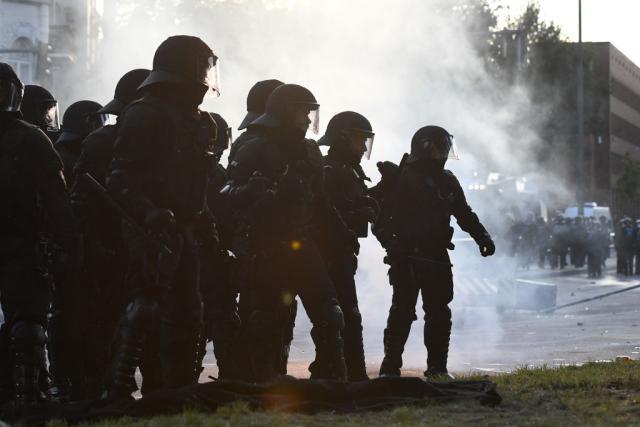 According to the report, in 2000, an average 8.5 percent of the vote went to populist parties, while today that number stands at 24.1 percent.

At the same time, "the number of European countries with populist participation in government has doubled since 2000, from 7 to 14" creating "an unprecedented populist belt now covers a big and strategically important stretch of Central and Eastern Europe, from the Baltic Sea all the way to the Aegean."

Blair's institute warns that the trend will continue unless moderate parties find ways to counter the appeal of populists.

The document defines as populist those parties and politicians who "claim to represent the true will of a unified people against domestic elites, foreign migrants, or ethnic, religious or sexual minorities."

"Nearly all of them embrace elements of direct democracy like referendums," the report said, and added that "nearly all of them have resorted to inflammatory attacks on independent institutions like the media or the judiciary" and "frequently advocate for highly restrictive immigration policies and protectionist economic policies."

"There are a few strong left-wing populist parties in Eastern Europe, including the Vetevendosje (Self-Determination) party in Kosovo and Direction-Social Democracy in Slovakia," the text continued.

"But by far the strongest populist presence in this part of the continent is on the political right. Parties like Poland’s Law and Justice (PiS) party and Hungary’s Fidesz tend to emphasise a nationalism based on soil, blood, or culture; take a hard line against immigration; and have, especially in Poland and Hungary, quickly started to dismantle key democratic institutions like the free media and an independent judiciary."