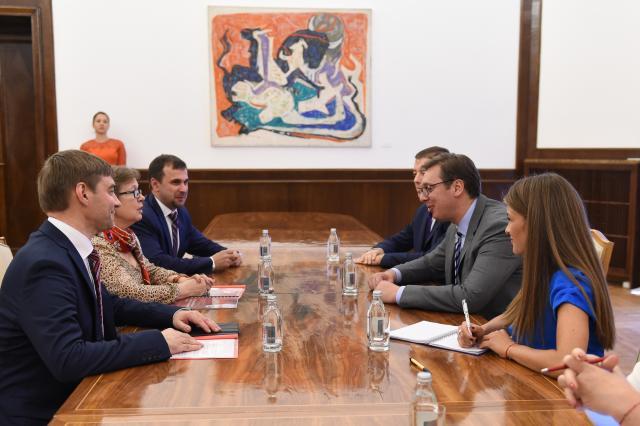 The president stressed that maintaining continuous dialogue at all levels was important for relations between Serbia and Russia, and that this dialogue "contributes to development of mutual beneficial political relations."

Vucic thanked Russia for its principled support on the issue of Kosovo and Metohija, especially in international organizations, the presidential press service said in a statement.

The participants in the meeting concluded, while discussing bilateral relations between the two countries as well as "various regional and international issues," that "good political relations are the basis for improving economic cooperation - for which there are great, but insufficiently used possibilities."

During the conversation on regional and international issues, the emphasis was put on the importance of the responsible policy Serbia is conducting in the Western Balkans, for the sake of maintaining peace and stability and fostering cooperation.

The Serbian president also thanked Russia for sending a high-level delegation to his inauguration ceremony last week, which he said "testifies to the significance that top Russian officials attach to relations with Belgrade."