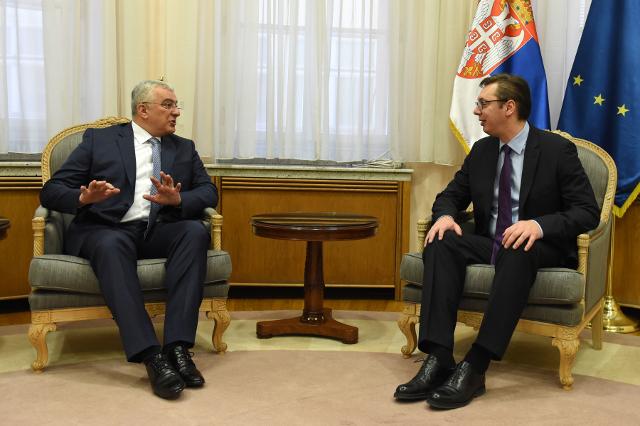 According to the same source, Mandic "expressed gratitude to Vucic for the continuous support and aid of the Serbian government to the Serbian institutions in Montenegro."

He also "launched an initiative to help Montenegrin citizens who live in Serbia, and whose many rights are violated in their motherland of Montenegro."

As an example of blatant violation of their rights, Mandic "pointed out that they are the only ones who do not have the right to vote in the elections, the same as in the 2006 referendum."