"All these people are stupid then, and we're smart?"

Romania's interim health minister said no end to the pandemic is in sight at the moment. He criticized anti-vaxxers and opponents of the COVID certificate. 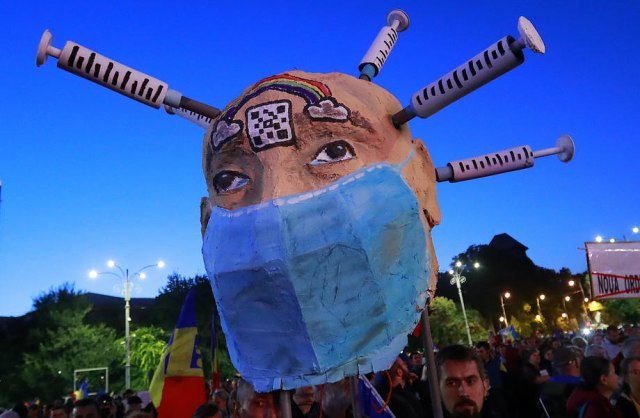 Also, Minister of Development, Public Works and Administration, Attila Cseke, said that there is a possibility that the infection rate will reach 20.000 cases a day in that country.

"The end of the pandemic is not in sight today, not even the forecast. We listen to all kinds of forecasts and opinions. Of course they are important, but some are coming true, while others are not, as happened in other waves," the Romanian health minister said for Agerpres News Agency.

He also stated that Romania is not at the peak of the pandemic yet.

In the same context, he referred to those who do not believe in vaccination and dispute the introduction of the green certificate, since it is a document used in all Western countries.

"Then France is unconstitutional, Germany is undemocratic, and Italy is the same, and so on. I don't know if it's appropriate for the minister to say this: all these people are stupid then and we are smart, and we know better that we don't need this certificate", said the minister ironically.

He also states that the greatest gratitude to the medical staff, exhausted by the pandemic, would be expressed if the population gets vaccinated, because in that way their work in hospitals would be facilitated.