The fire that broke out in the port of Beirut yesterday was brought under control, and no one was injured 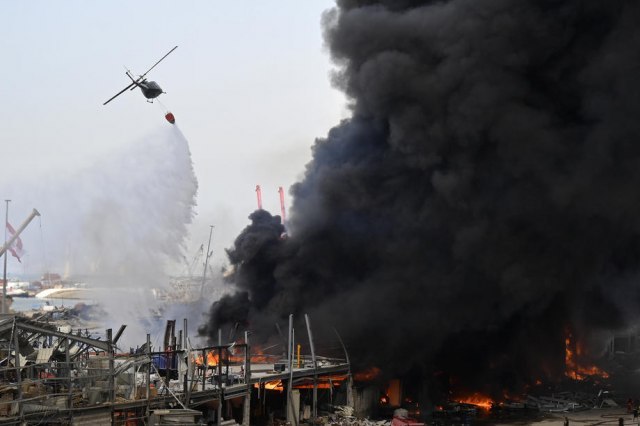 The fire broke out five weeks after a catastrophic explosion of an ammonium nitrate warehouse, in which 192 people lost their lives.

This is the second fire in the port of Beirut this week, which is why the authorities ordered the removal of all dangerous materials from the Lebanese ports and from the airport there, in order to avoid incidents of this kind in the future.

The causes of the new fire, due to which Beirut was covered with dark smoke and poisonous fumes yesterday, are not known yet, and the Lebanese military police have already launched an investigation into this case, according to the AP.