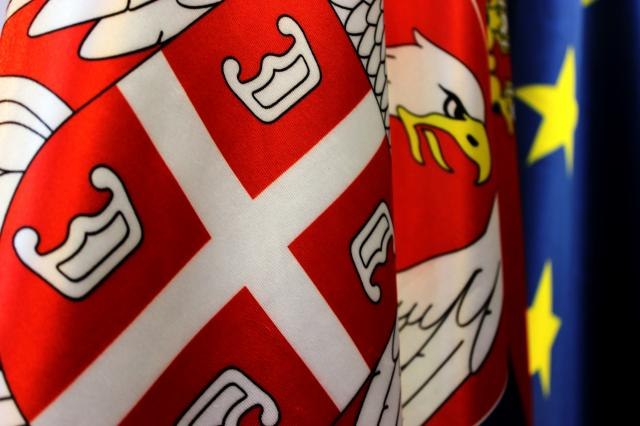 The draft also stresses that for the speed of negotiations the key areas of progress are rule of law and fundamental freedoms, as well as the normalization of relations with Kosovo, Beta is reporting.

The document, which the agency had access to, states that for Belgrade and Pristina the normalization of relations with Pristina, including a legally binding solution, is pivotal to their progress on the European road and of essential importance for enduring regional stability.

It also hails the much belated relaunching of work on composing a statute for the Community of Serb Municipalities in accordance with the Brussels Agreement and says that it expects both sides to become constructively engaged in implementing the achieved agreements, including overcoming obstacles in applying the agreement on energy.

The Council of Ministers calls on Serbia to take important steps in reforming the rule of law, especially where the independence and efficiency of the judiciary is concerned, along with "tangible and constant results" in investigations and verdicts tied to the curbing of corruption, organized crime and money laundering, the draft resolution on enlargement being debated by the EU ministers says.

The lack of progress in the area of freedom of expression is causing growing concerns, the ministers also stressed, adding that the Serbian authorities must guarantee safe conditions for the unhindered exercise of the right to freedom of speech and the independence of the media as a priority task, including strengthening efforts to investigate attacks on journalists.

The Council of Ministers of the EU again welcomed the Serbian government's commitment to European integration as a strategic objective, the foreign ministers stressed and underlined that this needed to be more effectively and unambiguously stated during public debates.

It also states that the Council of Ministers again urges Serbia to gradually align itself with EU's common foreign and security policy, in line with the negotiating framework, "and in the first place, reverse the current deviation from it." This above all, refer to Serbia's policy towards Russia, which is under EU sanctions.

The draft also urges Serbia to "refrain from moving away from the EU's common visa policy" and notes that Serbia's new practice of when it comes to concluding agreements with countries in the world is "a cause for concern."