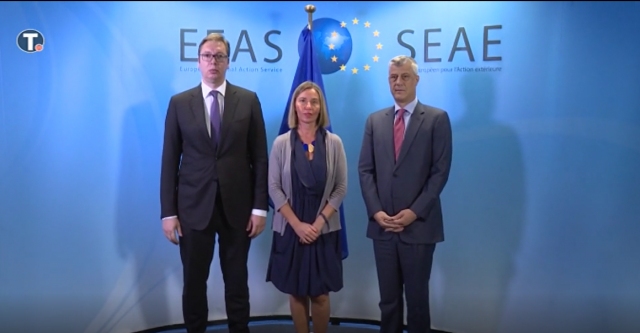 A press release said that Federica Mogherini "hosted a high level meeting of the EU facilitated dialogue with the president of Serbia, Aleksandar Vucic and the president of Kosovo, Hashim Thaci."

"The high representative (Mogherini) and the presidents had an intensive and productive discussion on the framework of an agreement on comprehensive normalisation of relations between the two sides. They agreed to intensify the work in the coming weeks," the press release said.

Speaking after the three hour meeting on Sunday evening, Vucic said that a Kosovo solution must be rational, and that "all problems will be solved in peace."

Thaci said the meeting was "more difficult than can be described."