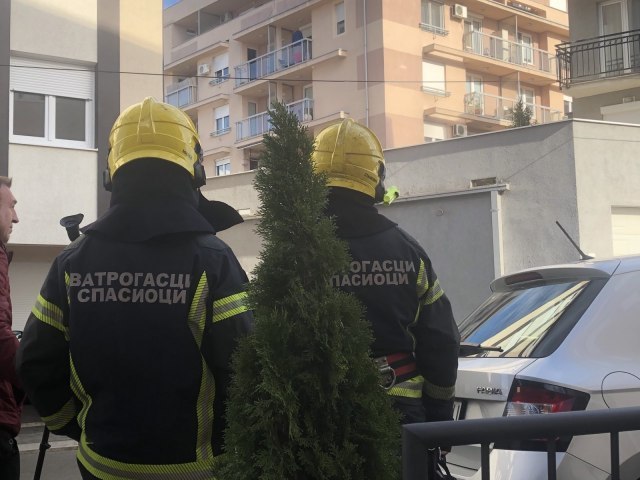 Belgrade media reported earlier that he was threatening to kill himself.

Numerous police teams, ambulance, firefighters as well as a special police negotiation team were dispatched to the scene immediately.

At one point, according to a Tanjug reporter, a man shouted from the terrace of the apartment that he would not see anyone, after which police asked the media teams to move.

After initially unconfirmed information that he was a police officer and may have taken his child hostage, the Ministry of Interior also said that the police officer had locked himself in an apartment in Belgrade's Brace Jerkovic neighborhood after an argument with his wife.

The wife and son left the apartment after an altercation, and members of the Negotiation Team are currently trying to make contact with a forty-two-year-old man.

The statement added that members of the Police Negotiation Team were engaged in resolving the situation.