Terraces and businesses along the pedestrian zone in northern Kosovska Mitrovica were decorated with Serbian flags on Thursday evening. 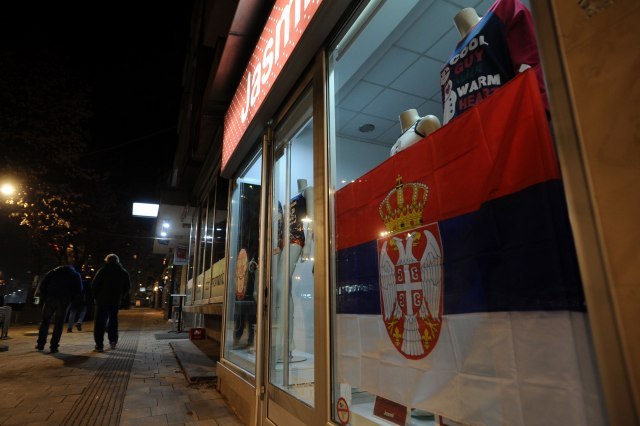 Citizens are saying that the flags have been displayed in response to the announced adopted of a law in the Assembly in Pristina to form an army in Kosovo, which will be discussed on Friday.

Also, they say the move came in response to US flags being displayed lately in Pristina, the southern part of Kosovska Mitrovica, and elsewhere in southern Kosovo and Metohija.

"If they could put up their flags in Bosnjaska Mahala, why wouldn't we put up ours? I think this is still our territory and that it's completely correct to display our flags," a northern Kosovska Mitrovica resident told Tanjug.

He added that he expected the north to remain Serbian territory.

Another citizen stressed that the display of Serbian flags was a response saying that the northern part of the town will always be Serbia - "regardless of how the situation develops, whether there will be an army of Kosovo or not."

"It's our response that this is Serbia," was his message.

The flags have been displayed on windows, balconies, in front of entrances to buildings, and elsewhere around the town.