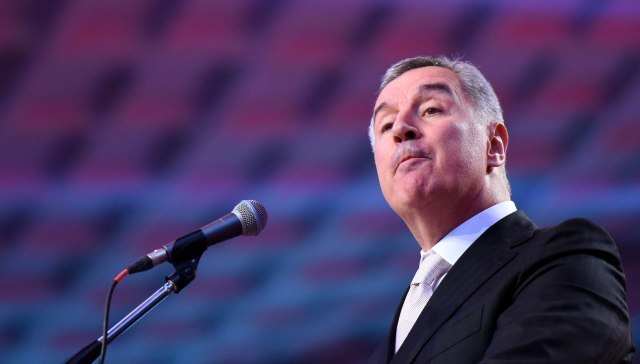 Djukanovic points out that the massive protests over this law, which he sees as essentially political, though "masked" in church attire, with a prominent pro-Serbian token, cannot threaten the government or the policies pursued by the government.

"If we thought that the law should be withdrawn, we certainly would not have adopted it. All the arguments we have heard against that law, we have heard in the last four years", Djukanovic says.

This is an important period of emancipation of Montenegro, he notes, in which all institutional prerequisites for the further state and spiritual development of Montenegrin society, including the restoration of the autocephaly of the Montenegrin Orthodox Church, should be created.

Asked by Tanjug - if there is no intention to withdraw the law, which sparked protests and great dissatisfaction with the believers of Serbian Orthodox Church (SPC) and Serbs, who saw the law as disrespecting their will, and thus the right - what kind of dialogue the Montenegrin government offers to SPC, Djukanovic says: "We urge them to talk about how to implement that law."

The President of Montenegro, in a conversation in which he enumerated, as he sees it, all the historical, legal and political reasons that determined the Montenegrin authorities to such a move and rejected the arguments of opponents of the Law, points out that there is a lot of manipulation on the scene, and the basic is, he says, that this law legitimized the state's intention to seize SPC property in Montenegro:

This, he claims, is testified by "unquestionable historical facts".

The law, he added, will not endanger the religious freedom of the Serb people in Montenegro, nor deny them the right to use the churches and monasteries used by the Serbian Orthodox Church so far.

He will do his best to objectively inform every citizen of Montenegro about the goals of this policy. "And of course they have the democratic right to stand for their beliefs, including protests and gatherings organized by the church".

Asked how he sees the accusations of a part of the Montenegrin government at the expense of Belgrade and President of Serbia Aleksandar Vucic, that they are behind the attempt to shake the political scene of Montenegro, that is, whether he resents the President of Serbia for upholding the rights of the Serbian Orthodox Church and thus the will, that is, the rights of the Serbian people in Montenegro, Djukanovic says Belgrade has not shaken Montenegro.

"There were no offensive tones, no hostile messages on the part of Montenegrin state officials. So, there is no agitation or feeling of instability, we are just performing our state political responsibilities," Djukanovic said.

"I understand, of course, the interest of President Vucic," he adds, "to monitor the exercise of the rights of Serb citizens in Montenegro and in other neighboring countries, and his interest in the position of the SPC in the territories of other countries where it operates. But our warning has always been open and very direct - that this policy must be conducted in a very subtle way", Djukanovic points out, noting that 1990 is still a fresh attempt to regulate the rights of citizens of Serbian nationality in, as he claims, other countries in the region.

Asked to whom exactly this warning was addressed, Djukanovic replied: "To all who act in this manner."

"We have been able to read certain statements by senior Belgrade officials these days, including President Vucic. He spoke of his legitimate right to take care of the position of Serb citizens, since there are about 28 percent of them in Montenegro. Of course, I understand his interest in the position of the Serb minority in Montenegro, but in elaborating such a policy, he also spoke about Serbs in Montenegro as part of a unified Serbian national corps, which should pursue a common national interest, which, again, logically defines itself in Serbia, after that we could hear dissatisfaction with the presence of Serbs in the state bodies of Montenegro", Djukanovic underlined.

He emphasizes, however, that citizens of Montenegro, of any nationality, should respect the national interests of Montenegro and not of other states.

He added that it was "a retrograde political phenomenon belonging to the past" and believes that "people who have received the legitimacy of the majority public in Serbia and Montenegro must act responsibly towards a common historical heritage and a projection of a common European future."

He emphasizes that relations between Serbia and Montenegro should be regulated as relations between two neighboring countries, which respect everything that we have gone through in history together and which responsibly relate to a common European future.

"We want friendly relations between the two neighboring countries, which have a lot of historical and current cultural heritage in common, we want relations of mutual respect between the two independent and sovereign states," Djukanovic said.

Asked if he intended to visit Serbia, given that such a call had been made publicly by Aleksandar Vucic, or whether the President of Serbia could expect a similar invitation, since he was in some way sent a message that he was not welcome to a private visit on Christmas Eve to Montenegro, Djukanovic says he is ready to talk.

"President Vucic hadn't announced his private visit to Montenegro to me, among other things, because I was outside Montenegro during that period, but I certainly would not have the negative reaction to that the President of Serbia would come to Montenegro on a private visit, whenever he wanted, as that right, I suppose, also applies for me and other Montenegrin officials when it comes to our visit to Serbia", Milo Djukanovic concluded. 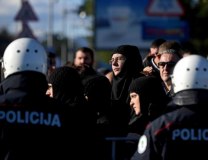