"Kosovo recognition depends on RS - and so, it won't happen" 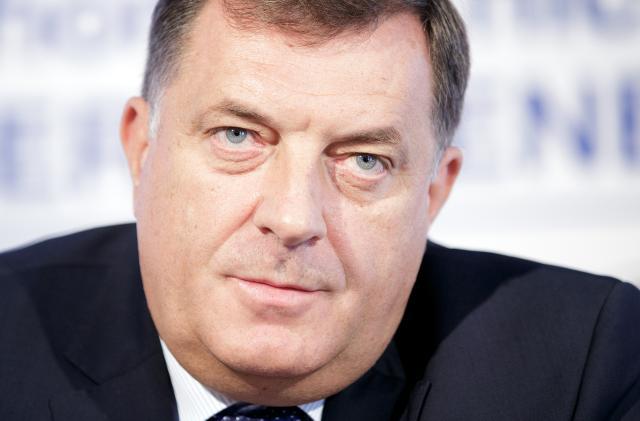 This is what the leader of the Serb entity in BiH, the Serb Republic (RS), Milorad Dodik said hours after media reported that Izetbegovic - who represents Bosniaks (Muslims) in the tripartite presidency - had told a German broadcaster that BiH would "recognize Kosovo as independent."

Kosovo (referred to as Kosovo and Metohija, KiM, by Belgrade) is Serbia's southern province where ethnic Albanians unilaterally declared independence in early 2008 - a move that continues to be contested by the country as a violation of its Constitution, territorial integrity, and sovereignty.

Later on Monday, an adviser clarified that Izetbegovic had said that he "hoped" Bosnia-Herzegovina would recognize Kosovo - rather than claim this would in fact happen.

"Kosovo will not be recognized by BiH - regardless of what Bakir Izetbegovic says and tries to do - because whether or not Kosovo and Metohija is recognized (as independent), depends on the RS," Dodik told the Belgrade-based TV Pink broadcaster earlier on Monday, reacting to the original report.

Dodik added that Izetbegovic's statement "can only be one coming from a politician whose career is at its sunset."

"I could say that whether or not Kosovo will be an independent state depends more on me, than on Bakir Izetbegovic. Bakir Izetbegovic is a failed politician who is now constantly revisiting one and the same topic, like his father (Alija Izetbegovic) did, making threats of war in this region - without any real foothold for such a thing," Dodik stated.

He went on to say that Bakir Izetbegovic was "facing many problems in his political party (SDA) and among his people, when it comes to receiving support" - and that he was, in this way, attempting to make himself once again politically relevant.

"(This represents) absolutely an abuse, the kind that Bakir Izetbegovic and his associates are not uninclined towards. I think all he has done is to sufficiently unmask himself - without achieving anything. Whether KiM (Kosovo and Metohija) will be recognized or not depends on the RS, and the RS is against recognizing it," said Dodik.

Tanjug remarked in its report that Dodik and Izetbegovic have been involved in "media clashes" on several occasions in the past - most recently when Dodik said that Izetbegovic's father Alija was in his youth a member of the Handzar ("Handschar") Division - a Nazi-allied Muslim armed formation in the Balkans during the Second World War - after which the Izetbegovic family filed a lawsuit against the RS leader.