"Vucic made brave move - before, Kosovo was Serbia, period"

Serbia will never recognize Kosovo's independence, PM Ana Brnabic has said, and stressed that this would not be a compromise - something Belgrade favors. 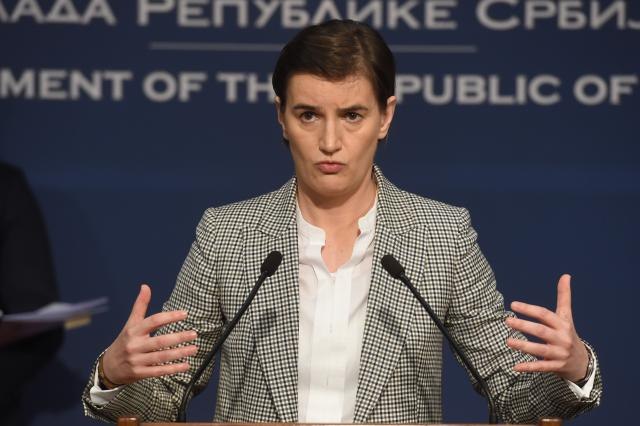 She stressed that a compromise would also not be possible if Serbia continued to insist that Kosovo belongs to it, Tanjug cited Germany's broadcaster Deutsche Welle, which quoted Brnabic's statement made for Germany's Welt newspaper.

Brnabic also said that "relations with Pristina for us, Serbs, are difficult and emotional."

"President of Serbia Aleksandar Vucic has made a brave and responsible step when the inter-regional (sic) dialogue was launched. Before that, any conversation was taboo. Kosovo was Serbia. Period. Now we must find a compromise. Serbia will never recognize an independent Kosovo. This would not be a compromise. And if we continued to insist that Kosovo belongs to Serbia, a compromise would not be possible," the Serbian prime minister has been quoted as saying.

She added that "both sides" had to leave the comfort zone of their ingrained way of thinking.

"But I do not think that Pristina has done it so far," Brnabic said.

She recalled that Pristina has not started implementing the backbone of "that (Brussels) agreement" - i.e. the establishment of the Community of Serb Municipalities (ZSO), and added that the number of attacks on Serbs in Kosovo has increased.

"There were 14 assassinations (sic) in May, which suggests that the intention of Pristina could be to expel all Serbs - which we will not allow. Serbia is ready for talks. But we need a partner for that," Brnabic has been quoted as saying.