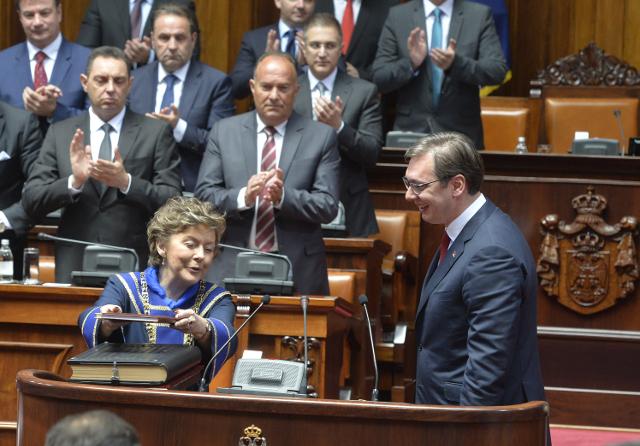 Later in the day, he will formally take over the presidential duties from Tomislav Nikolic.