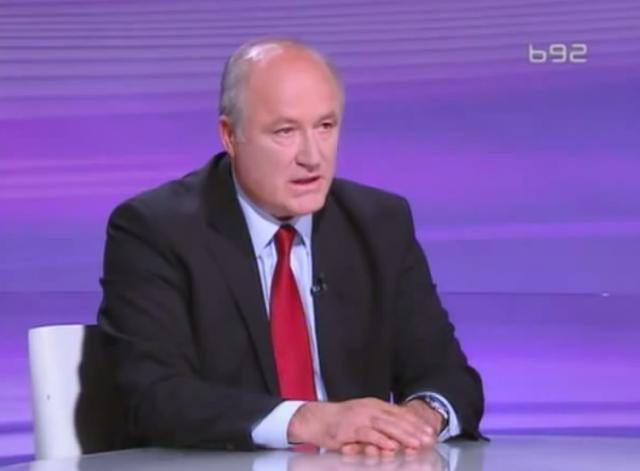 According to him, this announcement "coming from the president of the so-called state of Kosovo" is the consequence of the recently held RS Day referendum.

Stojanovic also thinks that people and states in the Balkans have no influence whatsoever on their on fate - "because if they did, there would have been peace in the Balkans a long time ago."

"Because of the recently held referendum in the RS, somebody winked at Albanians in Kosovo and told them to raise this issue. It's just one of the issues used to exert additional pressure on Serbia, and the Serb Republic," he believes.

The goal, Stojanovic continued, is to "discipline" Belgrade and Banja Luka "and demonstrate all kinds of things that can happen - what complications Serbia could experience if it tried to solve (its) national question in the Balkans."

"This is no invention of the Kosovo Albanians - it's an invention of those who toy with the peace and stability in the Balkans. This is above all about the United States and some EU countries that make the key decisions when it comes to the moves of many states in the Balkans. This announcements serves to pressure and threaten Serbia and the RS, because of the recent RS Day referendum," he said.

The former VBA chief also thinks that if a referendum on Kosovo's unification with Albania were to go ahead, Serbia would be able to do "next to nothing" considering that it would have "no legal mechanisms" at its disposal.

"Almost all the states of the former SFRJ (Yugoslavia) solved their national question; only the Serb national question remained unsolved. Many Yugoslav peoples - starting with the Republic of Slovenia, the Republic of Croatia, via Macedonia, Bosnia-Herzegovina - had the right to self-determination; this right is not recognized when it comes to the Serb people alone," he said, and added:

"It is astonishing that official organs of the Republic of Serbia kept silent when RS President Milorad Dodik carried out the decision to hold the referendum, based on a decision of the RS Assembly. They kept silent despite the pressure Dodik was under. That's incomprehensible. This policy, 'we wouldn't like to meddle,' is curious and at the same time astonishing. Serbia must protect its vital state interests - both of Serbs in Serbia, and of Serbs in the RS, and of all diaspora Serbs as well."