Vučić: "Peace, stability and security are important; diesel and petrol get cheaper"

President of the Serbian Progressive Party, Aleksandar Vučić, presented the pre-election program of the SNS to the citizens on Thursday. 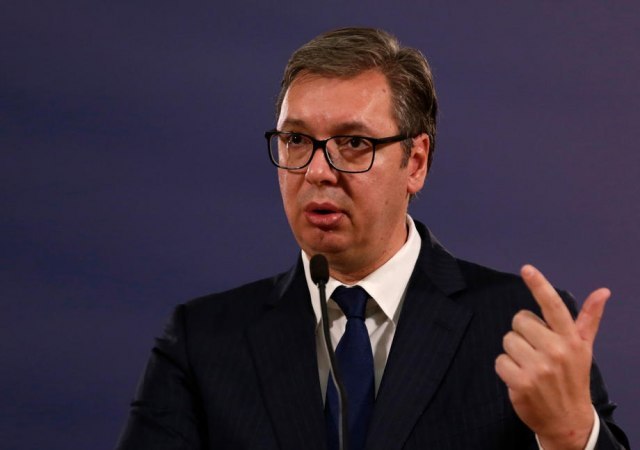 "Peace, stability and security are important for our country. We had enough to live normally. Tomorrow, oil products will not become more expensive, the price of diesel will be lower by 0.42 dinars, and the price of gasoline by 0.24 dinars. I think that is of utmost importance for the citizens. We talk to our partners about it every day," Vucic said.

"The fact that in these conditions of madness and hysteria it is important to preserve our national interests, but also to make sure that people will have enough. Life is the most important thing, and I believe I shared good news," the presidential candidate added.

He commented on Emmanuel Macron's statement, who said that there would be famines in certain parts of the world.

The presidential candidate says that the Albanians also asked for additional quantities of wheat and corn, and that Montenegro also asked for them. We are still waiting for data from RS and Bosnia-Herzegovina, but we have more and more requests from the African continent. One request is catching up with another, and we will make a decision in the days ahead. There will be enough flour and bread, as well as sunflower oil. The BIA should also check the Energy Administration to see if there is exactly as much oil as reported", he says.

Vučić added that it is normal to limit exports, in order to ensure that we have sufficient quantities of all groceries.

"The crisis is getting worse day by day, I am afraid it will be harder, because I do not see enough will and desire to stop the war. We will have to suffer a lot more. The situation will be even worse, and it is important for us to try to save the country, to continue to attract investors and save employment", he said.

The presidential candidate of the list "Together we can do everything" added that it is important to work and be united, as well as to concentrate on our own progress.

"The day after tomorrow is a big day, we are launching a train from Belgrade to Novi Sad, the promotional ticket is 300 dinars and I invite all people to enjoy and see what it looks like. Thanks to their patience and work, people managed to do all this, to make Serbia a country which we are all proud of ", Vučić points out.

He says that he will not solve the world's problems, and pray to God for peace, although some laughed at that statement.

"I pray to God because it leaves severe consequences for Serbia. The problems are getting bigger day by day. Every day we have an alleged bomb on the plane to Moscow, and countless problems. The fact that someone is insulting speaks the most about those who do it. I am grateful to the people who support me and who understand the situation in our country", said the presidential candidate.

Vučić added that people will choose the path that is best for Serbia, their children, parents and spouses.

"I am sure he will choose the right path, the path to the future, not the past. In any case, I will congratulate the one who has the most votes. And it does not occur to me to comment on opponents, I think it is enough just people are listening”, he said.

The presidential candidate said that he would support the Government of Serbia in the foreign policy and internal plan.

"Externally, we will work on attracting investments, continue to reduce unemployment and keep public debt under control. For the first time, we have a salary of a specialist doctor in excess of 1.000 euros. A lot has been done, and I still know that there are many poor people. Helping young people and retirees will be our priority. It will not be an easy job, the world is splitting and breaking, but we will try to keep the damage to a minimum", he said.

"Serbia has managed to be the most economically successful country, and it is a matter of strength and desire to be successful," Vucic said.

"Serbia will keep the peace. I received some strange "telegram" information during the afternoon, but we analyzed it, and everything will be fine. It concerns the situation in the region, and we will manage to keep the peace. Feel free to be calm. We want people to live in freedom, to live in peace, to live from their work", he said.

The presidential candidate of the coalition "Together we can do everything" said that he was grateful to the team that designed the election videos.

"Elections are not a game, the state is not a toy. I call on people to go to the polls and vote according to their conscience. I will fight and we will manage to preserve peace and stability together. I am grateful to all people," Vucic concluded. 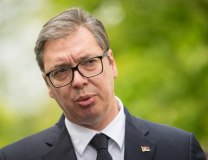 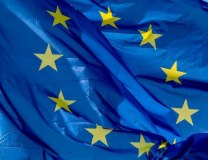 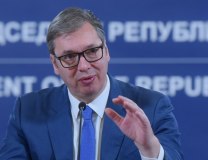 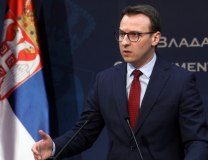 Vučić today on the agreement with Pristina; Petković: "There is no punitive policy"

The agreement between Belgrade and Pristina means that there is no punitive policy of Kurti towards Serbs who drive cars with KM plates, said Petar Petković. 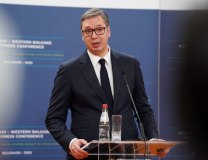 The head of European diplomacy, Josep Borrell, stated that the main negotiators of Belgrade and Pristina reached an agreement. 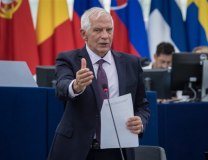 Vučić: Our relations are raised to a new level VIDEO/PHOTO 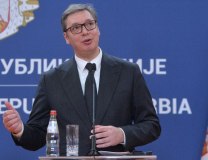 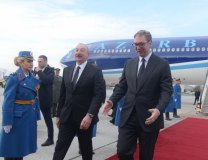 Czech Republic, presiding over the European Union, decided to postpone the adoption of the text on visa liberalization for Kosovo, due to tensions in the north. 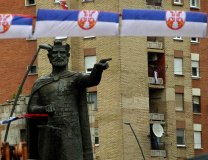