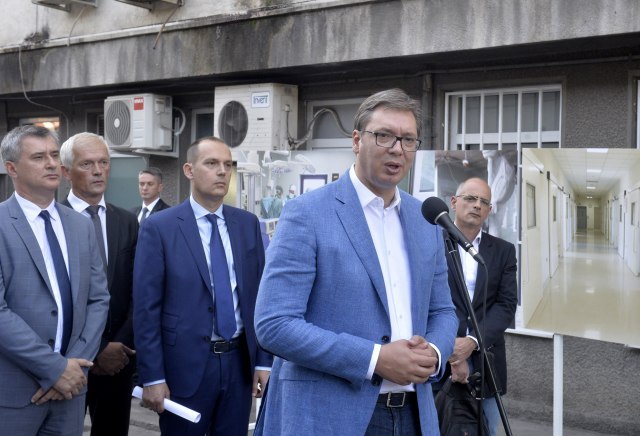 "It is important that even if we do not reach an agreement, which is likely, that someone will have to do it after us, because without long-term peace-building we will not be in a position to continue such successful economic results," Vucic said

Vucic added that "we have to take care of children and think about them, not about how to ingratiate in one day for those who like easy solutions."

"One mostly gets headaches from these easy solutions, it's like treating cancer with aspirin," Vucic said.

He reiterated that the solutions will certainly be painful both for the Serbs and the Albanians, whatever they may be and whenever they happen, "because there are no easy solutions or shortcuts when it comes to serious issues."

"And one who is not ready for that, and who thinks it is possible for everything to be easy and nice... I saw those who told us in 2008 that this was a chance for us and that we will live the life of a Rile - while he had the decline in industrial production in the region. That's (what happens) when you're fond of easy solutions," the president said.

Aleksandar Vucic said on Thursday also that Prime Minister Ana Brnabic would most likely be the one to travel to New York for the UN General Assembly session this year.

After a tour of the clinical hospital center in Zemun, a Belgrade municipality, Vucic said he was "not quite sure yet but that Brnabic was more likely to go to New York than he was."

But the president will definitely go to China soon, and he today said this would be "one of his most significant visits ever - economically as well as politically."

"I am proud I will meet with Chinese President Xi Jinping for a fifth time, that is a great honor for our country. I will meet with PM Li Keqiang for a fourth time," Vucic said after touring the clinical center.