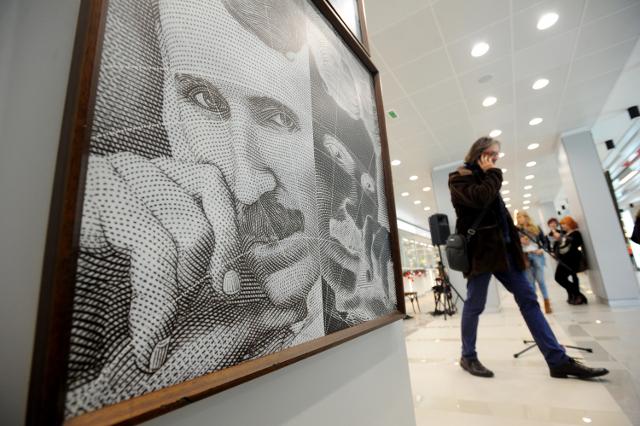 Passengers arriving in or departing from Belgrade - as well as everyone interested - will be able to see it until December 14, the agency said.

The exhibition marks the 160th anniversary of the birth of one of the world's most significant scientists, the artist told Tanjug, which noted that all of the works displayed are based on textures that can be found on banknotes.

The opening of the exhibition was attended by Belgrade Airport Director Rasa Ristivojevic, who said that "the popularity of the Nikola Tesla Airport is growing."

"Since it is a stop for millions of passengers, it is important to make them feel as comfortable as possible while they are here and give them something to see," he said.