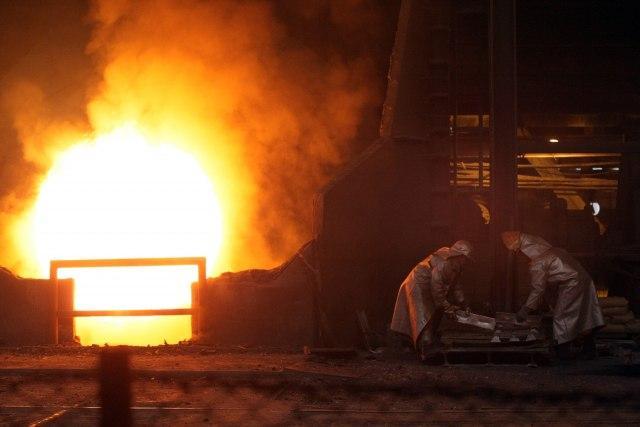 Song told Vucic that the steel plant operates "in accordance with the plan, which means that it has achieved full efficiency in the exploitation of its resources and that the aim is to involve all the existing production capacities in the short term."

Song stressed that workers are "satisfied with their status in the company and the level of income, which has increased since the Hesteel took over the steelworks in the middle of the year."

Vucic "expressed satisfaction that one of the most important industrial facilities in the Republic of Serbia has been operating successfully, and thanked CoE Song and Ambassador Manchang on the support of the Chinese government and the Chinese companies in achieving good results in the work of the steelworks."

The emphasis has been placed on the completion of infrastructure necessary for further progress in the work of Zelezara Smederevo, which includes construction of a new railway and port on the Danube.

The Chinese company acquired Serbia's sole still mill, located downstream from Belgrade on the Danube River, in the spring of 2016.