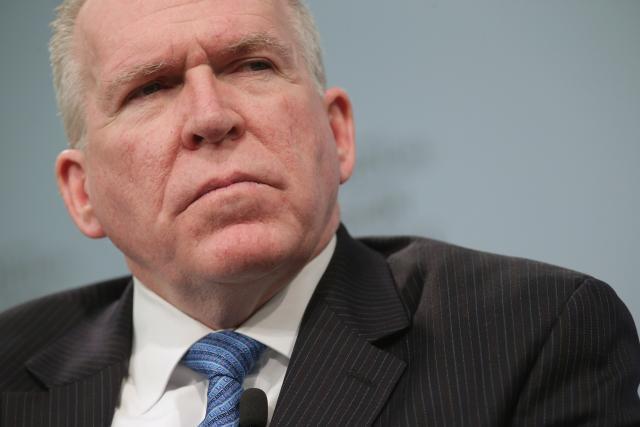 "The results of an action of Interpol, which included 5,000 police officers, although very modest are significant, as this is about the weapons being trafficked and moving towards Western Europe."

The confiscated weapons from Bosnia-Herzegovina were going "directly go to Islamic State points in Western Europe," he said.

Bosnian media reported earlier in the day that the visit is taking place along "unprecedented" security measures, adding it was not know how long the U.S. official would be in Sarajevo.

Galijasevic told the media in Banja Luka that the government of Saudi Arabia "gave Brennan intelligence on the increased and very negative activity of Turkey in Bosnia-Herzegovina, from the security standpoint."

"It's about reinforcing the Turkish combat deployments through Operation Althea, while intelligence activities have been intensified as well. Security services on the joint level are unreliable in tracking and controlling such destructive activities," he stressed.

"Apparently the Turkish intention is - and there is data about it in Riyadh as well - to press Europe with a refugee wave and make it unstable in order to extort privileges that it wants to get in negotiations with Germany," said Galijasevic.

Galijasevic recalled that Brennan a year ago sent a letter to then Chairperson of the Presidency of Bosnia-Herzegovina Mladen Ivanic indicating that his country's was interested in the issue of the appointment of a new director of the Intelligence-Security Agency, and adding that the "it should not be an Islamist, but a reliable person."

According to this analyst, Izetbegovic then defied Brennan by choosing Osman Mehmedagic Osmica - "a person who went through special intelligence training under a special NATO program, but in Turkey, and who was connected with the secret police AID in the war, and has had a very negative role in some crimes."

Galijasevic believes that the situation has now culminated and that the U.S. does not want to "waste time with the showmen of the Ministry of Security of Bosnia-Herzegovina and the SIPA."

"The U.S. wants concrete action that involves finding a sizeable amount of storage of weapons and equipment used by Islamists, cutting off the flow of funds in Bosnia-Herzegovina, more adequate measures of control over Islamist groups and prevention of propaganda that is unfolding here undisturbed," he said.

According to him, none of this has happened so far, while there were "only spectacular actions such as 'Svetlost', 'Damask', and the like, which resulted in no punitive policy and showed that terrorists, Islamists, and radical persons affiliated with Al-Qaeda and Islamic State can do that with impunity."

Galijasevic recalled the verdicts to Abdulah Fatih Hasanovic and Emin Hodzic who were charged with participation in foreign battlefields, and who paid fines and will not serve a day in prison.

"All these reasons culminated after the Interpol operation, and after intelligence was received from Saudi Arabia," concluded Galijasevic.