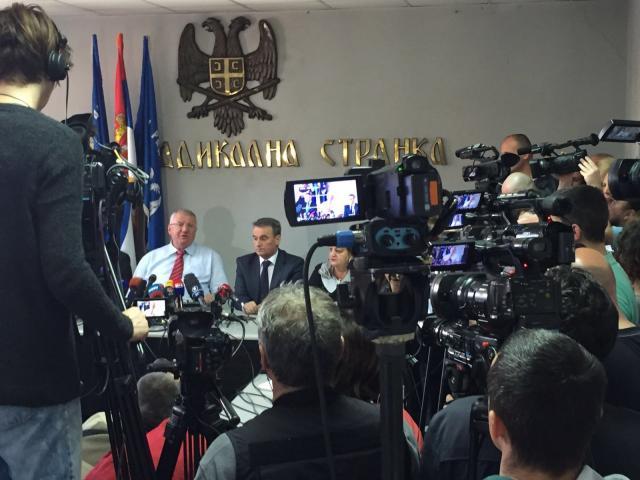 "We should be charging admission, considering how many of you are here," Seselj remarked as he entered the room.

"My associates just informed me of the ruling made by the Hague Tribunal. Two honorable and honest judges were there who showed that professionalism and honor are above any political pressure," he said in reference to judges Jean-Claude Antonetti and Mandiaye Nian.

"They resisted all pressure and passed the only possible verdict from the legal standpoint," said the leader of the Serb Radical Party (SRS), who stood accused of crimes against humanity and violations of the laws and customs of war.

"I express my great regret that my close friends Milan Martic, General Zdravko Tolimir - who was executed in the Hague Tribunal - Radovan Karadzic, and some others have not had honorable judges in their trial chambers. They would have been acquitted too," said Seselj.

"My position on the ICTY (Hague Tribunal) as an anti-Serb court and an instrument of the New World Order has not changed an iota," Seselj concluded, Tanjug reported.