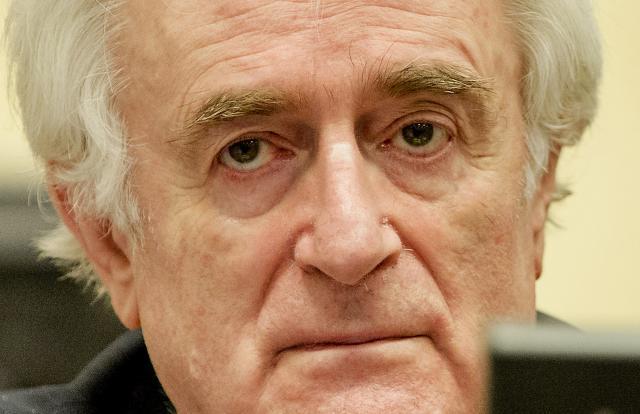 The trial chamber also found him responsible on joint criminal enterprise charges concerning the siege of Sarajevo and taking UN members hostage, as well as for genocide in Srebrenica.

He has been cleared of genocide charged concerning seven other Bosnian municipalities.

Both Karadzic and the Hague prosecution have a right to appeal today's ruling. Karadzic will remain in Hague detention until the final verdict has been announced.

Beta agency reported earlier that the trial chamber members to issue today's judgment are Howard Morrison of the United Kingdom, Melville Baird of Trinidad and the presiding judge is O-gon Kwon of South Korea.

70-year-old Karadzic, a former leader of the Serb Democratic Party (SDS), was indicted on two counts of genocide in Srebrenica and another seven Bosnian municipalities during the war in Bosnia, 1992-1995. Other counts of the indictment against him included persecution, extermination, murder, deportation, inhune acts, terrorizing the civilian population, illegal attacks on civilians and taking international hostages.

In their closing arguments, delivered in October 2014, the prosecutors asked that the judges find Karadzic guilty on all counts and sentenced him to life imprisonment. Karadzic, who defended himself, asked for acquittal, claiming that the prosecutors had failed to prove his guilt during the trial.

The trial against Karadzic began in October 2009, with the prosecution calling its first witness in mid-April 2010.

The first indictment against Karadzic for genocide in Srebrenica was issued in July 1995. He remained at large until July 2008, when Serbian authorities arrested him in Belgrade and extradited him to the Hague Tribunal.