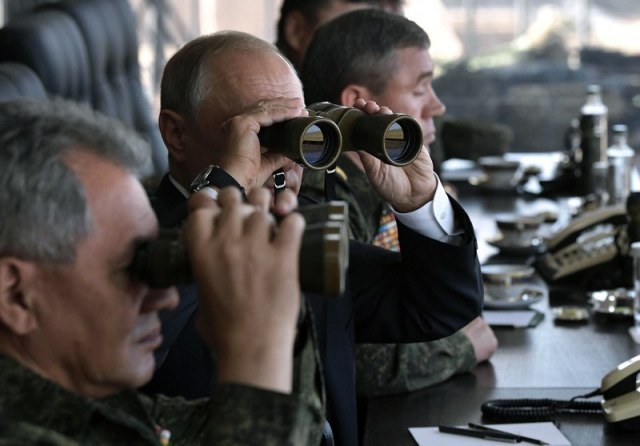 Moscow would like, he says, for today's wave of missile attacks to be seen as punishment for the Ukrainian drone attack on Russian military targets in Crimea, which took place on Saturday.

The Kremlin wants this to be taken as a warning: You dare attack us in Crimea? Here's what you can expect in response.

But there is a clear pattern emerging in the final weeks of the war. The more defeats the Russian army experiences on the battlefield, the more its commanders punish the civilian population of Ukraine, the BBC points out.

Winter is around the corner, and Moscow hopes to demoralize the Ukrainians and thus force them to ask their authorities for peace negotiations, on terms dictated by Russia. For now, that doesn't seem a likely outcome, Gardner says, adding that Russian weapons can still do massive damage and inflict great suffering on Ukrainian civilians. The Kremlin also hopes that Western support for Ukraine will wane the longer the war drags on.

Russia's goal is to break the supply chain through which Western weapons reach Ukraine, which in turn allows it not only to defend itself but also to suppress the Russian occupiers.