Ukraine is just the beginning? Check out the Balkans and guess who's next

The war in Ukraine is the latest and worst of the wars being fought over the remnants of the Soviet Union, according to Bloomberg.

Ukraine is just the beginning? Check out the Balkans and guess who's next

The war in Ukraine is the latest and worst of the wars being fought over the remnants of the Soviet Union, according to Bloomberg. 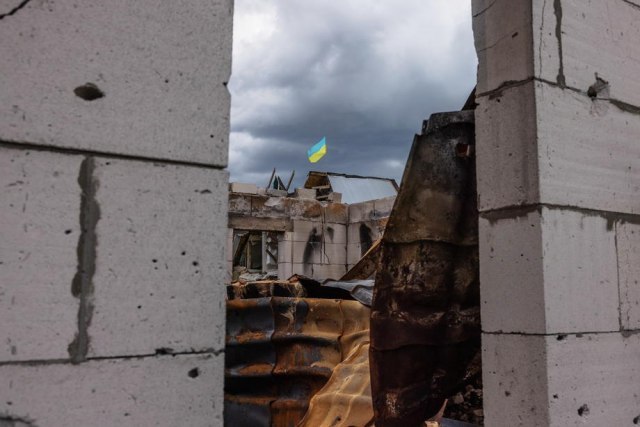 The sufferings of the USSR empire continue thirty years after the USSR itself ceased to exist. And, as stated, it will not be the last.

The end of the Cold War killed the Soviet Union, which first lost its parts in Eastern Europe and then disintegrated into 15 independent states.

Since the Soviet Union was governed very brutally, its disintegration was particularly messy, comments the same source.

The end of the Soviet state removed the restrictions that suppressed ethnic tensions and national rivalries among the constituent parts of the empire, giving birth to new, politically unstable states. This accelerated the constant struggle between the country that dominated the empire, Russia, and the countries and peoples who wanted to escape from the hands of Moscow after the collapse of the empire.

The result was what scholars have called the "Soviet Succession Wars"—a series of bloody conflicts over disputed territories from Eastern Europe to Central Asia. During the 1990s, wars rocked Nagorno-Karabakh, Transnistria, Chechnya, Abkhazia, South Ossetia and Tajikistan, often drawing neighboring states and international peacekeepers into conflict.

The death of the Soviet Union is still destabilizing factor

Whenever the Russia-Ukraine conflict ends, the dividing line between the two armies may simply become another disputed post-Soviet border, where frequent tensions cause occasional violence. Regardless of whether Russia wins or loses, the outcome will change the balance of power within the former Soviet Union, perhaps causing a re-intensification of old disputes with Moldova, Georgia or other states.

The potential for violence in Central Asia remains high, as demonstrated by the anti-government insurgency in Kazakhstan, which precipitated Russia's intervention earlier this year. A change of government or a military uprising in Belarus - neither of which can be ruled out due to serious dissatisfaction with the autocratic regime of President Alexander Lukashenko - could trigger a struggle over the country's place between Russia and the West.

In early 1992, one American newspaper warned that the trouble caused by the "still-fragmented, nuclear-armed shards of the last great world empire" was just beginning. Even when the current war ends, the empire's long, violent afterlife will continue, the analysis concluded.

The Balkans are the best example

However, empires do not die quickly - their collapse is, as the historian Serhii Plokhii wrote, "a process, not an event". When the great entity that was once held together by the firm discipline of its metropolis gives way, a new, stable 'status quo' cannot be expected overnight. Current tensions in the Balkans and the Middle East remind us that the legacy of the Austro-Hungarian and Ottoman empires is still being resolved, and the relationship between Great Britain and its former colonies continues to evolve.