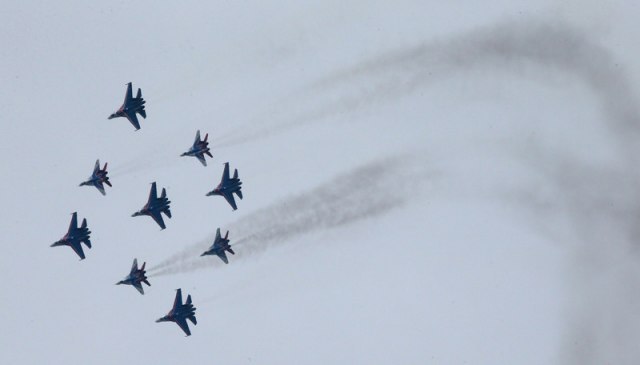 According to American media, this is the latest indication that Moscow intends to buy Iranian drones and use them in Ukraine.

"For the past several weeks, Russian officials have been training in Iran as part of the deal to transfer Iranian drones to Russia," an anonymous US official told CNN. CNN has reached out to the Russian Embassy in Washington for comment.

Kremlin spokesman Dmitry Peskov said in July that Russia had no comment on the drone issue. In fact, CNN already reported last week that a Russian delegation visited an airbase in central Iran at least twice a month to study military drones, according to Jake Sullivan, the US national security adviser.

In June, Iran began showing off its Shahed-129 and Shahed-191 drones to Russia at Kashan Air Base, south of the capital, Tehran. Both models can carry precision-guided missiles. Sullivan said in July that Washington believes Iran will sell Russia hundreds of drones that Moscow will be able to use in the war in Ukraine, writes CNN.

The Ukrainian military uses Turkish-made Bayraktar drones to destroy Russian command posts, tanks and surface-to-air missile systems. Until now, the Russians have used domestically produced Orlan-10 for reconnaissance flights and electronic warfare. CNN, however, writes that the Russians are struggling to replenish their depleted warehouses, which is why US authorities believe they have turned to Iran.

The increasingly strong ties between Iran and Russia are an example of why the US must not abandon the Middle East region, sources told CNN. And Ukraine is trying to bolster its ranks with drone equipment. Kyiv is asking the US for more powerful drones, such as the Gray Eagle drone, but the Pentagon is delaying it for the time being because it believes that Russia would see it as a provocation, that is, an escalation of the conflict.

The Turkish Bayraktar TB2 drone proved to be an extremely useful and successful weapon at the beginning of the conflict. These drones are the size of small airplanes, have cameras and can be armed with laser-guided bombs. The Ukrainian army entered the war with less than 50 TB2s in its arsenal. Russia uses smaller, more basic Orlan-10 drones.

It started, they say in the British think tank, with about a hundred Orlans, and soon they fell to only a few hundred. These drones also have cameras and can carry small bombs. Both types of drones have shown the greatest effectiveness when it comes to finding enemy targets and guiding artillery forces.

"The Russians can fire their cannons at the enemy only three to five minutes after the Orlan locates them," they say in Russia. On the other hand, Ukraine's possession of drones has allowed it to significantly expand its military capabilities. Previously, they had to send a special unit to scout, risking the lives of the special forces. Now they risk losing the drone.

The sinking of warship Moscow

Turkish drones in Ukrainian hands played a major role in the sinking of the warship Moskva, which was a major blow to Moscow. However, many were shot down by Russian artillery. Namely, the TB2 fighter is relatively slow and moves at medium altitudes, which makes it an easier target.

They are very expensive. One TB2 costs two million dollars. As a result, the Ukrainian military has mostly turned to small commercial models, such as the £1,700 DJI Mavic 3. According to the BBC, a manufacturer from Ukraine estimated that the country has around 6.000 drones.