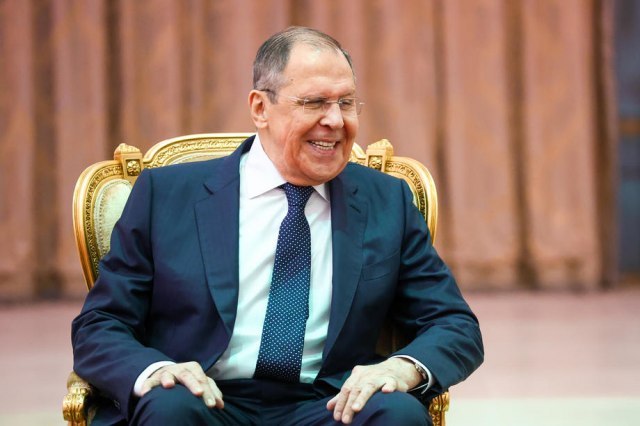 What was Josep Borrell doing at the same time, the head of EU diplomacy dealing with curbing Russian diplomatic advances? According to the data cited by Politico, Borrell was completely ghosted and invisible on social networks and in the media, completely drowned by Lavrov’s coverage wave.

Europe is heavily beaten in the disinformation battle with Russia, outgunned and under-resourced to fight the Kremlin's sophisticated propaganda machine, which combines state-run media, an array of diplomats around the world, and underground tools to assert Russia's political ambitions everywhere, Jutarnji list reports.

Despite extensive sanctions against Russian state media (Russia Today and Sputnik in Europe), pro-Kremlin media continue to reach tens of millions of people despite the veto with an overtly pro-Russian message.

27 European countries, on the other hand, have not yet found any response to Russian propaganda, often exclusively relying on mild press releases and sterile photos, Politico assesses.

In any case, Russia is able to market its information on a global level, while the EU watches from the sidelines, which was not the initial plan of Brussels when European bureaucrats attacked the pro-Russian media in the days the war in Ukraine began.

"We are living in a completely new age," one of the European officials who wished to remain anonymous told Politico, adding that it looks like Brussels is bringing a knife to war instead of heavy artillery.

It is also stated that the official European unit that fights against Russian disinformation is called East Stratcom and that it is placed under the authority of the EU diplomatic service and has an annual budget of several million euros - compared to the almost unlimited resources of the Russian state media.

On the other hand, despite all possible EU sanctions, Russia Today continues to develop its tactics, including the continuous creation of new content in German, French, Spanish, and English.