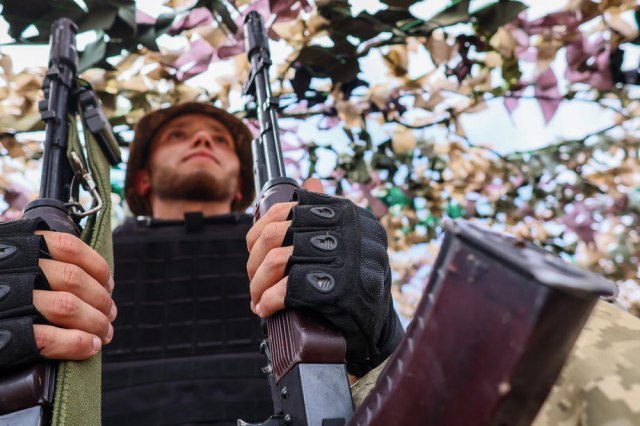 According to the BBC, U.S. officials estimate that the Russian troops are so weakened by the fight that they are only able to make slow territorial progress.

"That means that the war could last a long time," said the director of the U.S. National Intelligence Service, Avril Haines. She also believes that Putin still has the same goals as those he had at the beginning of the conflict, to occupy most of Ukraine, but that it is unlikely that Russia will soon achieve that goal.

In March, Moscow refocused its efforts on capturing the Ukrainian region of Donbas after failing to capture Kyiv and other cities, the BBC recalls.

"We see a discrepancy between Putin's short-term military goals in this area and the capacity of his military, a kind of mismatch between his ambitions and what the military is capable of achieving," Haines told a U.S. Department of Commerce conference.

Failing to achieve its original goal of capturing Kyiv, Russia focused on occupying territory in the eastern region of Donbas, a large industrial area where, according to Moscow, Ukraine committed genocide against the Russian population.

Russian forces have succeeded there, recently taking control of the city of Severodonetsk, but progress has been slow and Ukrainian forces have offered strong resistance, according to the BBC.

In her first public comment since May on the assessment of the U.S. intelligence services about the war, Haines hinted that the Russian invasion would last "a longer period of time" and that "the picture remains rather gloomy".

She said that U.S. intelligence agencies see three possible scenarios for the further course of the war, and the most probable is a slow conflict, in which Russia is achieving "gradual gains, without penetration". Other, less likely options, according to US officials, include a major Russian breakthrough, or the stabilization of front lines with Ukraine, with achieving smaller gains.

The comments of the U.S. intelligence services come after NATO leaders promised yesterday that they would strongly support Ukraine in this conflict for as long as necessary, and made the decision to strengthen their troops across Europe with an invitation to Finland and Sweden to join the North Atlantic Alliance.